Thousands of jobs for millions working

Thousands of jobs for millions working

Dan Grech: The concern is about some revised numbers also released today. The Labor Department previously reported the economy added nearly 100,000 jobs in September. This morning, it slashed that estimate to just 44,000.

Greg McBride: Forty-four thousand new jobs is a very low number when you consider that the size of our labor force is about 138 million employees.

Greg McBride is with BankRate.com:

McBride: However, it’s still on the positive side of the ledger. If we start to get negative numbers, that’s when you start to really fret about a full-blown recession.

Fourth-quarter GDP growth is expected to clock in at under 1 percent.

This is how McBride describes the economy right now:

McBride: Inching forward in bumper-to-bumper traffic, as opposed to being out on the freeway and moving at speed.

The Fed meets on Tuesday. Analysts predict a quarter-point rate cut to juice the economic engine. 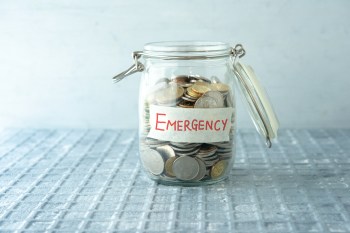