DAN DREZNER: This month Alex Rodriguez agreed in principle to a 10-year contract, rejoining the New York Yankees only three weeks after exercising an opt-out clause in his last deal. For many in the baseball world, Rodriguez’s reversal of course was an opportunity to rake his agent, Scott Boras, over the coals.

Boras is certainly a popular target. He is viewed as the epitome of greed in baseball. A recent New Yorker profile of Boras labeled him “The Extortionist.” Several teams now bypass Boras clients in baseball’s amateur draft, claiming they cannot afford the exorbitant price tags the superagent puts on his players. His leak to the press of Rodriguez’s opt-out decision, made during the last game of the World Series, was unanimously viewed as being in poor taste. For Boras’ critics, these events represent the comeuppance of an overreaching bully.

If baseball is the national pastime, then bashing agents for greed comes in a close second. Before declaring Boras guilty, however, consider the following figures. This year Major Lleague Baseball announced that it had topped $6 billion in revenues for the first time ever. At the same time, the share of those revenues going to player salaries has declined over the past six years, from more than 56 percent to less than 42 percent. In contrast, the National Football League paid their players more than half of its total revenues. At a time when baseball is economically flush, its players are getting a smaller slice of the pie.

A key goal for agents is to get as much money for their clients as possible, and everyone acknowledges that Boras excels at this task. Blaming him for trying to get market value for his players is like blaming Will Smith’s agent for getting him over $25 million per film. Like movies, sports pay out high salaries because of fan interest. In other words, those most outraged by Boras and his ilk are the same people filling baseball’s coffers.

So Boras is guilty — of doing his job. Being pilloried for that is the real tragedy in America’s pastime.

RYSSDAL: Dan Drezner is a professor of International Politics at Tufts University. His most recent book is called “All Politics is Global.” 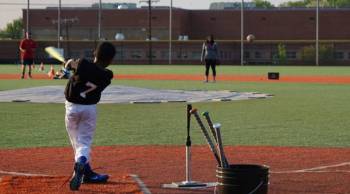