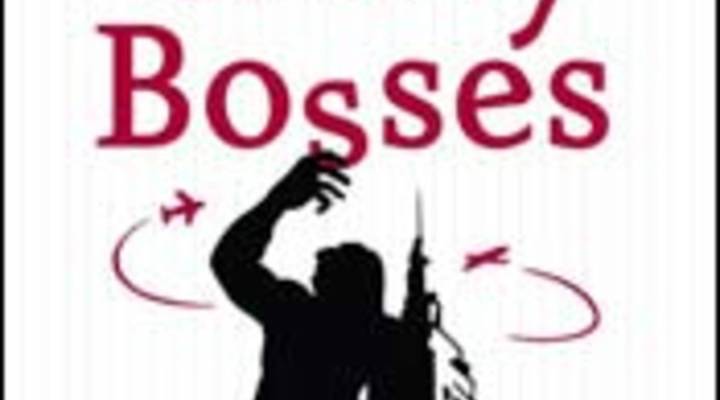 TESS VIGELAND: No doubt those cabbies in New York have spent some time trying to figure out how to get what they want from their bosses. Perhaps they could take a cue from the new FX show “Damages” — where two characters recently tried to figure out what might make law firm honcho Patty Hewes appreciate their efforts.

And if that doesn’t work? Well Gil Schwartz, aka Stanley Bing, has written several books about bossdom including his latest, “Crazy Bosses.” Mr. Bing thanks for being here.

VIGELAND: Oh, you are a super-duper manager.

BING: Exactly. I am what I used to make fun of.

VIGELAND: All right. Well, so, given that, has kind of all of your research caused you to analyze yourself as a boss?

BING: Well, constantly, because I’m also a narcissist. So, you know, I’m always interested in myself. Actually, I’ve noticed in many ways, like one of those science fiction movies . . . You know, where people . . . The mad scientist tests things on himself and at the end goes completely out of his mind. That’s kind of a genre I understand because, you know, when I began in business I was — I won’t say I was sane — but I was relatively rational and sort of understood my place in the universe. But I noticed that as I get to be more and more of a boss and have more and more people that I am responsible for — and, in a way, to, if you know what I mean — I notice that I’m now displaying in gorgeous technicolor many of the things that I write about.

VIGELAND: So you talked about performing some tests on yourself as a boss. Can you give me an example?

BING: Well, here’s one that I think not only bosses but anybody could try on themselves — how long can you bear to be away from your Blackberry?

BING: The Crackberry. I see people, you know, in the street. And, you know, between the cell phone and the Blackberry, no one’s actually in the moment.

VIGELAND: But how does that effect what kind of boss you are?

BING: Well, what that does is that feeds control freaks with a constant, steady stream of stuff that needs to be controlled. That’s what’s making people more crazy. And what happens is that everybody goes crazy in a different way. In other words, some people get extremely morose. Other people get very paranoid. You know, it’s really like a graded scale of pathology. But it all comes from the same root source, which is, you know, basically personalities under too much duress.

VIGELAND: So, this is kind of how you’ve analyzed yourself as a manager, as a big-time boss. What about how you analyze the people above you.

BING: Well, they’re . . . you know, they’re exemplary people. And I admire them very much.

VIGELAND: Is it review time for you?

BING: No. I analyze everybody. I hope that it makes me a better employee, if you know what I mean.

VIGELAND: Stanley Bing, or Gil Schwartz — whatever your name is — thanks so much for coming in.

BING: Tess, I really enjoyed it. Thanks.