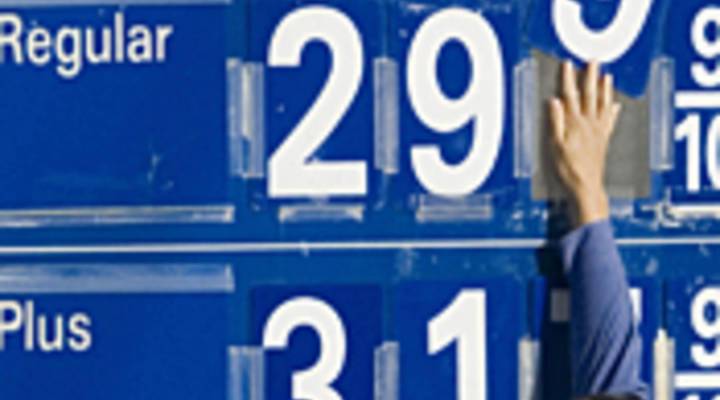 Kai Ryssdal: The American Secretary of the Treasury’s not the only person who’s ever gone to China and had things not quite work out for him. Hank Paulson is just the latests in long line of Westerners who’ve run into trouble there. It’s been happening for decades — not only government officials, but businessmen, too. And journalists.

Marketplace’s Scott Tong is back home from Shanghai for a break. We thought we’d bring him in and talk about perceptions people might have versus his reality. Hi, Scott.

Scott Tong: Hey Kai, how are you?

Ryssdal: I’m all right. So, you know, six months ago, we sent you over to China, and we said start yourself up what is basically a business, the Marketplace bureau over there. It’s an experience a lot of entrepreneurs have had, a lot of executives, a lot of businesses. Relate your experience to their’s for me and talk about some of the big surprises you think businesses face when they go over there.

Tong: Well, the first thing I thought when I went to China was Beijing is where the leaders are sittin’ there in the bat cave, kind of running the country. And the whole country runs really efficiently because of that. Well, what I found out after covering just a few stories is the central government doesn’t have the power that it needs. So many conversations end up in corruption at the local level, it’s stopping the central government from doing the things they want to do. And they’re trying to

reshape this economy, move up the value chain as the economists put it, but it’s really hard when it’s so decentralized and hard to control what happens in these far-flung provinces.

Ryssdal: You know, when businesses go over there, they worry, obviously, about a lot of things. One of the big ones is getting fundamentally ripped off — that their intellectual property, whether it’s, you know, a DVD or architectural designs, simply will just be taken from them. Do you find that to be the big issue?

Tong: That is a giant issue in China, whenever a company decides whether China is worth it for them. But one business organization has found that the bigger problem is HR issues.

Tong: Human resources. It’s hard to think of China running out of workers, right? A billion three, and they don’t have enough workers. But so many multinationals are going into cities like Shanghai and Beijing, and they need experienced, white-collar types with management skills. And the universities are cranking them out at a certain pace. But so many multinational companies are going there in a hurry and demanding them that they’re all chasing after the same small group of people.

Ryssdal: Let me bring this back to the headlines and talk about the thing that’s been big in this country — the poison pet food, the poison toothpaste. Do you think the Chinese government realizes the looming catastrophe that it has on its hands if it doesn’t quickly — and to the satisfaction of the American consumer — deal with these problems?

Tong: I think the government has an idea of what’s at stake here. They know that the “Made in China” label is at stake here. What China’s trying to do is to move up into more profitable sectors, and they can’t do that if consumers worry about everything that’s made in China. They know the Olympics are coming up next summer, and that is gonna be the showcase. They want to show the world they can make auto parts, that they can make laptops, and all these great things that China is able to do.

The problem is the public relations side of this. When the product safety story first came out, there were kind of denials, and a lot of this was perceived as a PR problem. And then over time, China started doing what a lot of peer professionals say was a good thing — they started saying “We have this problem,” kind of moving in the right direction, having a lot of press conferences of how they were gonna fix the problem.

But there’s a sense that there’s not a broader infrastructure for that. You know, the leaders in Beijing are paying Western public relations firms to help them get their message out in Beijing. But in Washington, they pay pennies for lobbying and PR. So a lot of people say they need to spend a whole lot more money in Washington in order to get their message out the right way. And there’s a lot of good news about China that isn’t getting out.

Tong: All right, Kai. Good to see you.