Kai Ryssdal: The software maker Adobe Systems is in trouble with the printing industry. The latest version of Adobe Acrobat was released in June. It had a handy-dandy feature in it: a link that lets users send their documents directly to FedEx Kinko’s for printing and delivery.

All well and good for FedEx Kinko’s, hot so well or good for other printing companies. Jeremy Hobson reports from Washington.

Jeremy Hobson: It’s as easy as clicking the Fed-Ex Kinko’s option in your Adobe file menu. Which is why printers large and small are concerned about the impact of the deal.

Chuck Gross runs Braswell Printing in Kerrville, Texas. He says more and more of his business comes from e-mailed PDF files, which are typically viewed with Adobe programs.

Gross: I think that it’s a little ridiculous to come in and ask me to buy their programs, and then put my competition’s link on their page.

Cary Sherburne: This is like Ford Motor company putting a blinking light on your little electronic control panel in all of the Ford models that says “You’re oil needs changing. Go to Jiffy Lube.”

Cary Sherburne writes about the printing industry for the website WhatTheyThink.com. She says she was surprised by Adobe’s move.

Sherburne: They obviously wouldn’t have done it if they’d have known, people . . . it was going to create such a firestorm.

In order to douse the flames, Adobe met with printing industry players two weeks ago to let them vent their concerns. Adobe would not comment on tape for this story.

But a spokesman said Adobe didn’t mean to offend any of its customers. Fed

Randy Scarborough: The relationship between Adobe and FedEx Kinko’s was established with our customers in mind.

Adobe has been reviewing the deal and says it will report back with a solution on Wednesday. Neither Adobe nor FedEx Kinko’s would reveal the financial details of the arrangement. 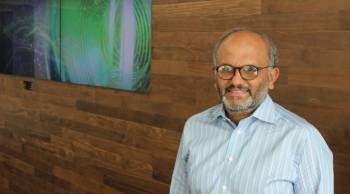 Adobe CEO Shantanu Narayen on how data is shaping tech