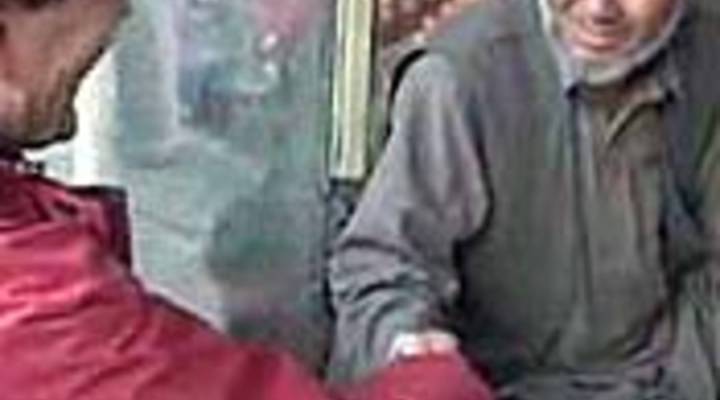 You, too, could be a global microlender

COPY
Nicholas Kristof shakes hands with baker Abdul Satar, the recipient of his Kiva.org microloan of $25, in Kabul, Afghanistan. NYTimes.com

You, too, could be a global microlender

Tess Vigeland: So that’s one way to borrow and lend to people in this country. What about lending to people in other parts of the world? People who otherwise would have a tough time gaining any semblance of financial independence?

You’ve probably heard of the concept of microfinancing. Banks and other financial outfits lend small amounts of money to people in the developing world who are too poor to get a traditional loan. But several organizations — like Kiva.org — now allow you to become a microlender. You go on a Web site, pick what project you want to finance, and in six months or a year, you get your money back.

New York Times columnist Nicholas Kristof recently wrote about some loans that he’s made. So we invited him to talk about the experience.

Nicholas Kristof:: Well, this kind of fit into a few things that I’ve been interested in. One is microcredit, which I’ve seen in a lot of countries and I’m incredibly impressed by. And the other is connecting donors directly with projects at a very local level. And frankly also, I always get asked by people, you know, “So what can I do?” So partly out of, kind of impatience at that I thought, well, I’ll give them an example and I’ll take it for a test drive. So I made small loans to a few people on Kiva, and then later when I went to Afghanistan, where I had lent to two people, I thought I’d pay those people a visit.

Vigeland: Tell us a little bit about that visit and who you met and what kind of enterprise you were funding at that point.

Kristof: Sure. Well, I had lent $25 each to two people: Abdul Satar, who’s a baker, and Abdul Saboor, who runs a little electronics shop. So I show up in this, you know, poor neighborhood in Kabul, and the baker, Abdul Satar . . . I mean, he didn’t know what the Internet was, he’d never been on a computer. And you know, all of a sudden I show up and I explain I’m his banker. But he took it in stride, and he understood that he was getting these loans from foreigners through some kind of newfangled way. So he then bribed me with like a dozen loaves of bread that he just baked, and boy they were good. That was my credit analysis.

Vigeland: Well, so what had your $25 done for him? Because certainly, we as Americans thinking about $25, it’s hard to imagine that would go very far.

Kristof: Sure. In each case, my money was pooled with that of other people.

Vigeland: What was the total that had been given to or loaned to Mr. Satar?

Kristof: I think it was about $425. And he had used that to buy supplies in bulk, so that he didn’t have to go every day to the market, and also to open up another bakery. The other person that I’d lent to, this fellow running an electronics shop, it was even more striking, the gain that he had. Because you know before, when he didn’t have any working capital, he had to go every day to the marketplace to buy spare parts to fix televisions. And by getting a little bit of working capital, he would make one trip every two weeks or one trip a month. And with that inventory, he was able to use his time to repair TVs instead of to travel and to spend much less time, much less money on transportation.

Vigeland: How does this kind of very personal microfinancing work? From the time that you make a donation — or make a loan, I keep calling it a donation, it’s really a loan . . .

Kristof: No, I mean, it really is a loan. And that really is part of the idea, that you’re teaching people business practices — that you’re cultivating entrepreneurs, rather than just beneficiaries.

Vigeland: So how does it actually work?

Kristof: It depends on which microcredit group you’re talking about. Kiva does not have any employees in Afghanistan, for example, but they work with a local group in Afghanistan called Arianna Financial Services, which is run by this just incredibly dynamic young woman. Kiva supplies the lenders and she supplies the borrowers.

Vigeland: So, what’s the benefit to you of doing this?

Kristof: A couple of different things. I mean, it is a way of feeling like you’re making a difference, of doing so in a way that encourages economic activity, which ultimately will provide more employment to support the economy. I also think that there’s really a benefit, though, of just engaging with the rest of the world, and of seeing who you are helping. And you know, in this case, I happened to lend to two men, but that is actually unusual in microcredit. Usually, the borrowers are women, and one central purpose of microcredit has been to raise the status of women in the developing world.

Vigeland: Nicholas Kristof is a columnist for The New York Times. Thanks so much for joining us and for really shedding some light on a very interesting way to spread your money around the world.

Kristof: Thank you. And I think your listeners would actually have a lot of fun spreading their money around in this way.

Vigeland: Well, let’s consider that a challenge. Thanks again.