CAFE debate spills over to House

CAFE debate spills over to House

Doug Krizner: Rules on corporate average fuel economy are known as CAFE standards. They were increased in the energy bill passed by the Senate last week The House Energy and Commerce Committee takes up a similar bill today. But as Rachel Dornhelm reports, the strategy of the committee’s chairman is creating some tension. Rachel Dornhelm reports.

Rachel Dornhelm: The Senate bill increased CAFE standards for the first time since 1975. But the auto industry has held out hope this could be reversed by the House Energy and Commerce Committee, which meets today.

Committee chair John Dingell is a longtime industry ally. In a recent podcast, the Michigan Democrat said CAFE standards are flawed because they’re based on gasoline mileage, and don’t address alternatives like ethanol.

John Dingell: Such a program may discourage the use of fuels that displace petroleum and emit fewer greenhouse gases, but happen to contain less energy than petroleum.

But the Sierra Club’s Dan Becker says technologies to meet the proposed standards already exist, and simply need to be adopted.

Dan Becker: These are already on some cars, but they’re not on most American cars. And if they were, they could easily do better than 35 miles per gallon on average.

Becker says the way today’s meeting is organized, a CAFE standards debate isn’t expected. But he thinks that will happen in the full house within the next few weeks. 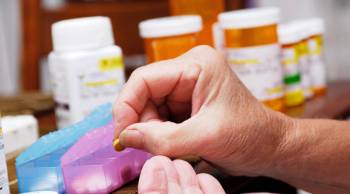