A little frosting on the cake

A little frosting on the cake

Kai Ryssdal: Martha Stewart’s teaming up with the discount chain Costco. The company made the announcement this morning, along with its first-quarter profit report. You’ll be able to find Martha Stewart co-branded foods next time you go to the discount warehouse to stock up. Martha Stewart Living Omnimedia’s counting on the deal to turn things around. It posted a wider loss of almost $12 million January through March. Except for that jail sentence for lying to investigators about a stock sale, Martha Stewart’s living the dream of many an entrepreneur. Come up with a product that’s so successful, you take it national.

There’s a million of those stories in the naked city, including one right here in Los Angeles. Beverly Hills, to be exact, as Marketplace’s Lisa Napoli reports.

Lisa Napoli: Ever since it opened up two blocks from Rodeo Drive two years ago, people have been clambering for the cupcakes made at Sprinkles.It’s not just that they tasted good. It’s that being in the store was an experience.

Eli Portnoy’s a branding expert and he saw it immediately.

ELI PORTNOY: This tiny kind of very slick environment, like an expensive boutique for jewelry or handbags. Presenting them in exquisite boxes, Tiffany-like.

CANDACE NELSON: We have fantastic associations with cupcakes, you know, growing up with them. And also, it’s just a happy, fun pleasure. It’s like ice cream or something. How can you not love a cupcake?

That’s Candace Nelson. She’s branched to two other cities already and has plans to add three more by the end of the year. She’s wary of becoming another Krispy Kreme, too-big-for-its-britches kind of story.

NELSON: Well, the thing that Krispy Kreme did that we will never do is they started selling through other channels. We have no intention of ever doing that.

PORTNOY: If you expand too fast, I think sometimes unique products lose that point of differentiation. And it’s the biggest problem we have in a lot of products in this country is it’s everywhere. And when something is now everywhere, Gap-like, people want to move on to the next thing.

Pastry expert/chef Brian Averna doesn’t think so. He studies food trends for a living. And he says cupcakes may be trendy, but there’s nothing flash-in-the-pan about them.

BRIAN AVERNA: I don’t think cupcakes are gonna be gone. This is not Atkins. This is just a great way to serve a dessert.

And in an age where people pay $4 for a cup of coffee, what’s $3.25 for a treat? Especially if it tastes good. 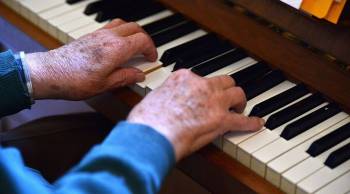 My Economy: Caring for seniors through art