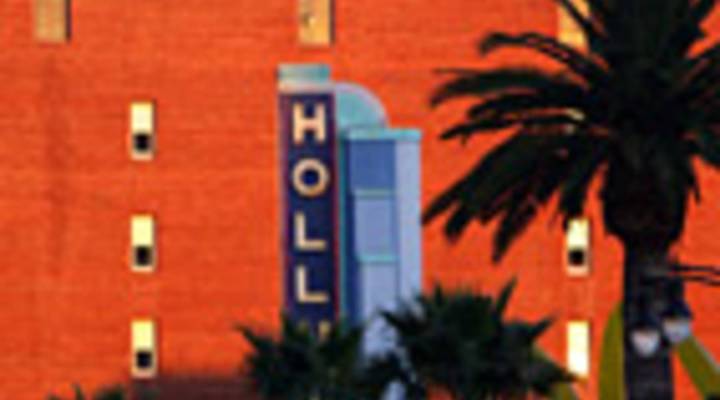 MARK AUSTIN THOMAS: You might want to take a moment to stretch out underneath a shady tree this afternoon. Today is Arbor Day. Here in Los Angeles about a million trees will be planted over the next few years. It’s part of the city’s plan to clean the air and increase the shade. But officials made one teeeeny stipulation that’s causing a big stir. They said that, for the most part, palm tree’s shouldn’t be part of that million, Stacey Vanek-Smith explains.

STACEY VANEK-SMITH: Palm trees have been a symbol of LA ever since developers brought them in, in the late 1800s.

VIRGINIA POSTREL: What it connotes is that Los Angeles is an oasis.

Longtime Angelino Virginia Postrel is the author of “The Substance of Style.”

POSTREL: It’s very symbolic of Los Angeles, in the same way that the Empire State Building or the Brooklyn Bridge, it symbolizes New York.

Most of LA’s palms are Mexican fan palms — tall, spindly trees that tower over the skyline. They may be statuesque, but they don’t provide much in the way of shade or air filtration.

GEORGE GONZALES: They’re a little bit more expensive to plant. They do require a higher level of maintenance. The fronds tend to fall pretty readily.

The city spends about a half-million dollars a year cleaning up those fallen fronds and trimming the palms.

The thing is, many of the city’s palms are sick, and the new rules make replacing them palms complicated. That means some of LA’s iconic avenues could end up being lined with sycamores or oaks instead of palm trees.

GONZALES: Slowly, it will look different in areas — like some of the areas in Beverley Hills.

Gonzales says the city does plan to plant new palms in select areas. But some argue the city should spend what it needs to to keep its most famous residents where they are.

TIMOTHY PHILLIPS: A good street-tree program incorporates as many suitable species as possible. There are places that palms would be suitable. And I think not to replace them in some of these heavy-visited areas, to me, that’s just not right.

Phillips says palms mix well with other trees, they soak up lots of storm water and their roots generally don’t disturb sidewalks. He points out one vista in the arboretum, where hundred-foot palms bob hypnotically above a lush canopy.

PHILLIPS: This is my favorite view in the arboretum. The various levels of trees. You have the citrus and the oaks and then the ginkos. Palms just towering above them.

Phillips says the palm is part of LA’s history, and offers benefits that can’t be quantified.

PHILLIPS: And you can hear that noise. When palm fronds flutter in the wind, it’s so nice.