BOB MOON: The price of DaimlerChrysler shares jumped to their highest level in eight years at the end of last week on rumors that a Canadian auto parts firm has made an early bid to acquire the automaker’s Chrysler unit. When it comes to selling parts of DaimlerChrysler, the company could be worth more in pieces — about $30 billion more by some estimates. Now, a powerful German trade union is pledging what it calls “moral solidarity” with Chrysler workers, to fight off any sale that might hurt their American colleagues. We spoke this morning to Ambrose Evans-Pritchard of London’s Daily Telegraph to find out what the German workers are riled up about.

AMBROSE EVANS-PRITCHARD: Well they’re concerned about the behavior of the private equity groups and hedge funds. They’re sort of muscling into companies, taking them over, ousting the management, carving them up, selling off parts and so there’s a huge political backlash.

MOON: Why this backlash against these private equity firms?

EVANS-PRITCHARD: Well they’ve come in here, you’ve got companies like you know Volkswagen and Deutsche Borse which is the German stock exchange, these are national icons. And suddenly to have these sort of foreign groups come in there and calling the shots comes as a big surprise. And there is a question, are they doing this to make a quick buck or are they taking into account the long term continuity of these companies? It’s quite clear that European management needed to be shaken up and shareholder rights needed to be strengthened but then you push this too far and you start breaking up companies that really in the long term interests of the people who work for them, the communities where they’re established really ought to be held together but have been broken up to make a quick profit, that is not necessarily in the long term interests of those countries and those societies.

MOON: There’s a sentiment that these private equity firms are not employee-friendly?

EVANS-PRITCHARD: Well the people who work for them generally tend to suffer more. They go in there, they tend to cut a lot of jobs, they tend to put them under a lot of pressure. It’s just a tougher work environment compared to other companies. So, you know, it’s very difficult to make a judgment on this because in many cases they’re actually saving companies.

MOON: Ambrose Evans-Pritchard thank you for joining us sir.

EVANS-PRITCHARD: Thanks, nice to be with you. 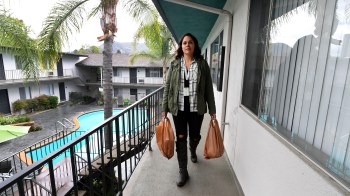