KAI RYSSDAL: We might be living in the Silicon Age, but look inside your computer and you’ll see plenty of good old-fashioned metal. Not just there, but in the cables that bring the electricity to your house and in the battery in your car. And before it winds up in that ring on your finger, every ounce of that metal has to be transformed. From rock to ore — eventually to purified product.

Today our series “Working,” looking at the life of a single worker in the global economy, continues. Jon Miller takes us twelve thousand feet up into the Peruvian Andes to one of the biggest metal processing plants in the world.

JON MILLER: Pedro Cordova was born 47 years ago into a family of master weavers. His village was famous for its ponchos and blankets.

But life, in his words, was “chaotic.” It was hard to make money. He’d worked his way through high school. He was ambitious and serious and smart. So at 21, he left to seek his fortune here, at the enormous smelter in the town of La Oroya.

Picture a long, narrow valley in a moonscape of ghostly white hills. Down at the bottom, a sprawling, patched-together factory. Acres and acres of buildings and yards, with a giant smokestack rising from the middle.

Around the factory, a tangle of noisy streets and makeshift markets, all covered in a fine grey dust. The exhaust from the smelter bites at your eyes. The roar of machinery is constant. Freight trains rumble through day and night. It’s almost like a caricature of a factory town.

CORDOVA (voice of translator): I work as a mechanic. I do general maintenance of the machines. We’re like nomads. They call us wherever there’s work.

The plant where Pedro Cordova works processes gold and silver, copper and lead, in all about 20 different metals — more than any other metallurgical complex on Earth. Mines from as far away as Canada send big blocks of ore here to be pulverized, then toasted with arsenic or sulfuric acid.

And he’s feeling the effects. Cordova used to be an athlete. Now he can barely get through the day.

CORDOVA: To be honest with you, I’m not happy with the work. The discomfort, the pollution . . . no one could be happy with that.

Recently, Cordova was issued a high-tech respirator. It looks like a cross between scuba gear and a gas mask. It’s one of several improvements made by the American company, Doe Run, that bought the plant in 1997.

In the company health clinic, Dr. Roberto Ramos leafs through graphs of lead and arsenic levels in the workers’ blood. He says things are getting better, but the smelter’s been here for more than 80 years, and you don’t erase the effects of that overnight.

DR. ROBERTO RAMOS (voice of translator): Doe Run got here in 1997, 98, and saw the problem with the high levels of lead among the workers. So we started to work on it and solve the problem. In the next few years, we hope to achieve the same results as the Doe Run plant in the United States.

Pedro Cordova says conditions have improved for workers, but he says the company hasn’t done nearly enough to reduce its impact on the people who live outside. Especially here, in the shantytown above his house.

On cool mornings, exhaust from the plant sits here like fog — full of sulfuric acid, arsenic, cadmium and lead. It burns holes in the shacks’ steel roofs. Studies show that nearly every child under the age of 6 here is technically poisoned.

Not in a town that generates tens of millions of dollars in profits for the company.

CORDOVA: La Oroya is a beggar, sitting on a golden bench.

Cordova says if the company can’t reduce emissions, it should pay for the townsfolk to relocate. That’s what Doe Run agreed to do at its other smelter in Missouri, after a bitter fight with the state.

Cordova knows just what he’d do with the money.

CORDOVA: I’d go to some place where I could farm, where green things grow. As you can see, nothing grows around here.

But Pedro Cordova is one of the few people in La Oroya willing to criticize the company — at least in public. When foreign medical workers came here to take blood tests, townspeople pelted them with stones and eggs. Even labor leaders say if they complain too much, the company may leave. And then where would La Oroya be?

Pedro Cordova has his own worries. On a local holiday, I sit with him and his wife, Rosabel, in the concrete house they built — just a stone’s throw from the smelter. I ask Rosabel how her husband’s work has affected his health.

ROSABEL CORDOVA (voice of translator): It’s in his lungs. He can’t sleep, he’s always tired. He gets headaches. He has rashes on his skin. He doesn’t hear well anymore.

And it’s all been getting worse. So he finally went to get tests. The doctors found that he has pneumoconiosis. It’s a lung disease that comes from years of inhaling dust. There is no cure.

I ask Rosabel how the family’s taking the news.

ROSABEL CORDOVA: It’s bad, really bad. We are totally preoccupied. As a family, we have a right to be worried.

If Rosabel is worried, Pedro is mad. You can see it in his eyes and hear it in his voice.

CORDOVA: I’ve been sentenced to death. That’s why I’m declaring today — and I’m not afraid to talk about this to anyone. I’m not going to wait until I die to get what I deserve. I know two people who have died of cancer already. Do we have to be in the cemetery before we can complain?

There’s a post-script to this story. Cordova told me with nothing left to lose, he’d decided to run for city council, to challenge the government and the company to clean things up. When I called later to find out how he’d done, his wife Rosabel told me he’d lost. And his symptoms are getting worse. But with a son in medical school, and a daughter who also wants to be a doctor, he can’t afford to leave La Oroya. Even if it kills him.

RYSSDAL: That was Jon Miller in Peru for our series, “Working.” It’s a co-production of Marketplace and Homelands Productions. 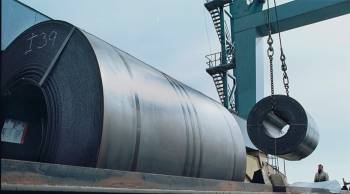