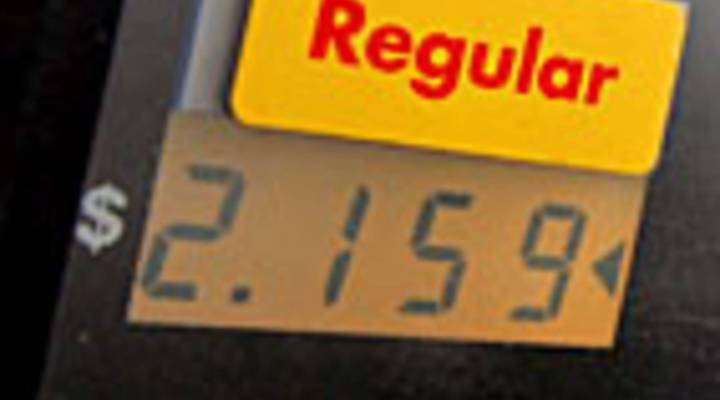 Gas prices drop to the $2.15 per gallon mark at a gas station in Toledo, Ohio which currently has some of the lowest recorded gas prices in the country. J.D. Pooley/Getty Images

Gas prices drop to the $2.15 per gallon mark at a gas station in Toledo, Ohio which currently has some of the lowest recorded gas prices in the country. J.D. Pooley/Getty Images

KAI RYSSDAL: It’s one of those economic statistics that doesn’t affect the consumer directly. The Producer Price Index it’s called. Wholesale inflation’s another way to say that. What businesses charge each other. And it was down hard last month. Take out food and energy…down by the most in 13 years. Which could mean some relief for consumers down the road. Marketplace’s Stacey Vanek Smith crunches the numbers.

STACEY VANEK-SMITH: Gas prices dropped nearly 8 percent in October. The wholesale cost of light trucks was off almost 10 percent. Prices for commodities were pretty much down across the board. All of this is bad news for manufacturers, but could be good news for Joe Consumer.

But Mesirow Financial’s Diane Swonk says not so fast. She says our economy is at a turning point and could still go into recession. After all, just a couple of weeks ago, sagging productivity had analysts crying inflation. So Swonk warns against getting trigger happy with economic data.

DIANE SWONK: This is the stage of the game where monetary policy is more of an art than a science. Because, it’s kind of like saying, you know, one foot in a bucket of ice and one foot in a pot of boiling water and the Fed’s trying to figure out through a landmine of data at the moment.

As for the benefit to consumers, Swonk isn’t so sure. Wholesale costs are just one component of product prices. A much higher percentage, she says, is made up by labor costs. And those have been climbing.