STEPHEN BEARD: This may be a matter of constant nitpicking, verbal abuse or even physical violence. And it’s far more widespread here than many supposed.

According to the survey almost six million British workers say they have been bullied over the past two years.

The disabled seem the worst affected. Thirty-seven percent claim they’ve been harassed in some way . The figure for Black and South Asian workers is also higher than the average at 29%.

Mike Emmot of the Chartered Institute of Personnel which carried out the survey says bullying is bad for business; it hits productivity.

Anti-harassment laws have proliferated in Britain in recent years. But, says Emmot, the urge to bully clearly remains deep-rooted and difficult to eradicate. 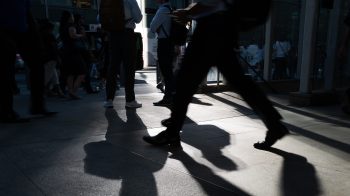