KAI RYSSDAL: Let’s take a second to do a little financial etymology here. Derivates is the word of the day. Financial instruments whose value is derived from something else. In the most basic sense they’re bets. That oil, for example, will go up because we’re going to have a cold winter. Or down ’cause it’ll be warm. Either way, derivatives are risky. An easy way to lose money. There’s word today Switzerland’s second largest bank — Credit Suisse — lost a lot of it on a bad bet in South Korea. Marketplace’s Amy Scott has more.

AMY SCOTT: The situation in North Korea has captured the attention of options traders, who have taken advantage of volatility in the South Korean stock market. According to Bloomberg News, Credit Suisse adopted an aggressive strategy to cash in on that volatility. When the market calmed down, the report says, the bank ultimately lost $120 million. Morningstar analyst Ganesh Rathnam says Credit Suisse was late to the game its rivals were playing.

GANESH RATHNAM: The big lesson is don’t chase something just because everybody else is making money on it. If you chase a hot investment, more likely than not the later players are gonna get burned.

Credit Suisse may have been under pressure to boost profits in its equity trading division, which haven’t kept pace with competitors. Analysts say that may have driven Credit Suisse traders to take bigger risks.

But Roger Ehrenberg with research firm Monitor 110 says this is what investment banks do. Sometimes risky bets pay off. Sometimes they don’t.ROGER EHRENBERG: The person sitting on the trading desk that incurred that loss is certainly not feeling so great about life. But by the same token, is that within the range of expected outcomes? Sure. A Credit Suisse spokesperson wouldn’t confirm the losses, and said the company won’t comment until it reports third-quarter earnings in a few weeks.

Analysts we talked to don’t expect banks to disclose specific losses like those in South Korea. But if the word does get out, one said he’d rather hear it from Credit Suisse than Bloomberg. 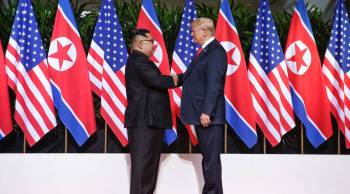