Agreement would take junk out of food

Agreement would take junk out of food

KAI RYSSDAL: They used to call him Bubba back when he was in the White House. But Bill Clinton’s slimmed down quite a bit since his bypass operation a couple of years ago. And now he’s trying to get kids to do the same.

The former president has brokered a deal with the American Heart Association and big food companies to cut down on some of the bad stuff in school snacks. Marketplace’s Hillary Wicai reports.

HILLARY WICAI: Kraft, Mars and several other food giants have agreed to sell snacks in schools that either already meet new voluntary fat and sugar guidelines, like baked chips, or they’ll change some recipes to make them healthier. Maricela Shukie is with the group America Scores, a non-profit that uses soccer to get kids active and teach them about nutrition.

MARICELA SHUKIE:“I’m ecstatic! It’s just one more push to help make our schools healthier and to give more options to our children.”

Harry Balzar with the NPD group tracks how Americans eat, and our historical eating habits make him skeptical.

HARRY BALZAR:“It’s certainly something that should be done, should be tried, let’s see if it works out. But we’ve down this path with all Americans before.”

And critics point out the food giants have little to lose with today’s announcement. Sales in schools represent just 1 percent of total revenue for Pepsico-owned Frito Lay, for example.

Critics also say the schools and vending machine companies are still ultimately the ones who decide what’s available in schools. 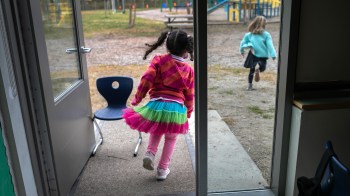 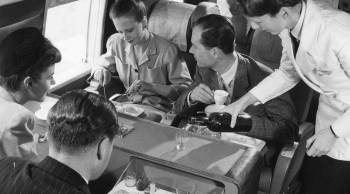