SCOTT JAGOW: In India’s capital, the government is tearing down buildings. That’s because they’re unsafe. This week, business owners protested. Things turned violent and three people were killed. From New Delhi, Miranda Kennedy tells us about the controversy.

But the government says fast economic growth is the problem. Haphazard, dangerous constructions have sprung up all over the city.

SUDHIR VOHRA: The first thing that needs to be done is that you need to reinstate the rule of law. It’s been done in other parts of the economy where we’ve had a reform process going on. You can’t live with a cancer all your life. If you can remove it, you start removing it.

He says without such “surgical removals,” the sprawling city of 14 million people will continue to expand, but it won’t modernize.

And Delhi desperately needs to upgrade its facilities. It plays host to a major sporting event, the Commonwealth Games, just four years from now. 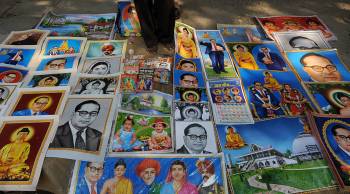