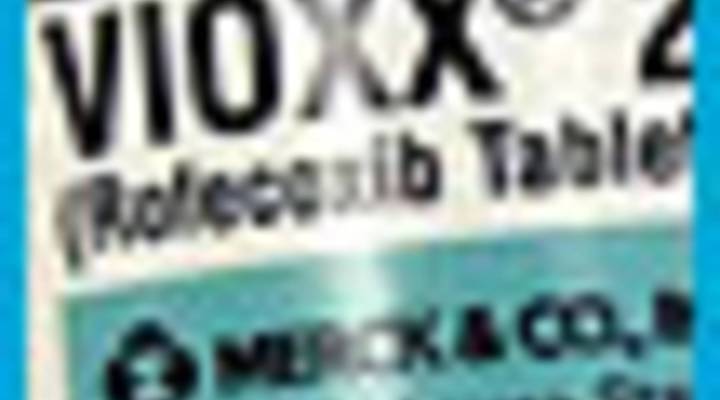 SCOTT JAGOW: Things have been looking pretty bleak for drugmaker Merck. It faces thousands of lawsuits over its painkiller Vioxx. And the company is taking on those cases one at a time to prove Vioxx did not cause heart problems in some patients. Well, there’s some new information that will give Merck’s lawyers a huge headache. Stacey Vanek-Smith reports.

STACEY VANEK-SMITH: Last year the New England Journal of Medicine published a Merck-sponsored study that showed the risks associated with Vioxx didn’t show up unless patients took the drug for 18 months.

But the medical journal has now published a correction, saying cardiac problems can occur after only four months. That might sound like semantics, but it could make things a whole lot worse for Merck, says David Logan, dean of Roger Williams law school.

DAVID LOGAN: Well, to say that even when they were being supposedly forthright, they were still sitting on data that suggested that there’s a whole other range of cases that should expose them to liability. And that’s the kind of conduct that can rise to the level of fraud and expose a defendant to multiple damage awards.

Logan says the new information could push Merck to work out some kind of global settlement for Vioxx.

LOGAN: Their articulated strategy of fighting every one of these, you know, to the deatha€¦seems less likely now.

Merck has acknowledged flaws in the analysis, but says it stands by the conclusions of the study.