KAI RYSSDAL: Nobody launches a new product these days willy nilly. Manufacturers hire consultants. Consultants work on branding. All to aim right for you, with their Girl Scout Cookies Lemon Cooler Ice Cream. Or Britney Spears perfume. But, you say the surfeit of choices gives you more power. The ultimate in consumer liberation. Commentator Sandra Tsing Loh sees it a different way.

SANDRA TSING LOH: Ladies? Almost 50 years after the debut of Betty Friedan’s “Feminine Mystique,” I’d like you all to join me, today, in a brand new women’s movement.

It’s not the kind where we burn our bras. No. That could take a week. From Victoria’s Secret alone, I’ve bought Angel Bras, T-shirt bras, Wonder Bras, Miracle Bras . . . By now I have so many bras I could make my own giant bra ball. Which is my very point.

In the beginning, feminism’s promise was to free us, although in those days the chains were vacuums as opposed to 100% Lurex bra straps. The societal benefits of our freedom? With more women in jobs, the workplace would become more humanized, leaving men free to return home to share joyously in the domestic arts.

But instead, capitalism has overtaken us all. Instead of 40 hours a week, men work 50; and women work 60, if you add in the dishes, which men still don’t do — the SOBs. Further, what with the Mommy Tax and the glass ceiling and gender discrimination, women still make just 77 cents on the dollar to American men! And what we do make we don’t save!

However, silver lining . . . We women still make the majority of household purchases in America. In short, to gain the upper hand in all this money madness, we women could really stick it to the man if we’d just stop buying.

Yes we have to buy food and health insurance. A place to live is also handy. But how many female bathrooms contain a veritable cityscape of cosmetics? I know I’m going to be fired from womanhood, and possibly from America, for saying this. But if women just stopped buying ex-foliators, I bet we could move that 77 cents on the dollar all the way up to 82.

Consider that distressed jeans now cost $300. To be a woman in distress, even THAT costs money! But first you have to go on Jenny Craig to lose the weight to fit into the jeans. What with the costly gym memberships and all that treadmill action . . . I mean, how many dollars could be saved if we all just decided to accept the extra 10 pounds and stick with a caftan. 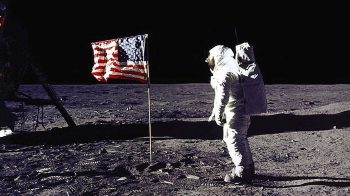