One app closer to world domination

One app closer to world domination

KAI RYSSDAL: We had more evidence today Google wants to take over the world. Or at least the online part of it. The search engine is branching out. And going after Microsoft. Google released an Internet-based spreadsheet today. Its answer to Microsoft Excel. Google’s version lacks some of Microsoft’s bells and whistles. But it’s free. And people like free stuff. Marketplace’s Amy Scott reports.

SERGEY BRIN: All you need to have open is a Web browser. You don’t need any expensive software. I just feel it’s such a productivity booster, that I’m really excited to share it with the world.

Google is also preparing to share a free word processing program with the world. Analyst Stephen O’Grady with Redmonk says this is starting to look a lot like Microsoft’s cash cow . . . Office.

Still, O’Grady doubts the new software poses a serious threat to Microsoft. I.T. consultant Gerald Murphy won’t recommend it to his clients. He says, first of all, you can’t make charts or compute fancy formulas on the beta version released today. And he says few large companies are comfortable storing sensitive data on the Web.

GERALD MURPHY: The only people I think this would have any applicability at all to are very small companies that have extremely limited budgets who wanna pay no money at all.

Murphy says Google’s free Office software could push Microsoft to innovate to compete with the programs. And maybe even bring its prices down. 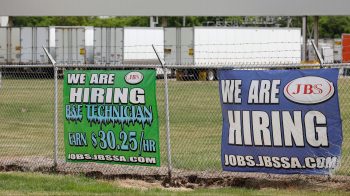