KAI RYSSDAL: German chancellor Angela Merkel meets with President Bush today. They’ll surely talk about about Iran’s nuclear program. There was a new resolution about that introduced today at the U.N. But a German magazine has read farther down the leaders’ agenda. Der Spiegel says President Bush is worried about the World Cup this summer, and predictions it’ll increase the number of prostitutes in Germany. There are some 400,000 legal sex workers there. The soccer bash is expected to draw another 40,000. But President Bush might be interested to know Germany has a program to help women of the oldest profession find a new one, as John Laurenson reports.

JOHN LAURENSON: At Escort, one of Dortmund’s 11 large brothels, the door buzzer starts going when the first clients stop off on their way to work and keeps going late into the night.

The madam, whose manner of dress, if anything, is rather more refined than those of the usual businesswoman, says her girls can look after 20 customers each on busy nights.

Charities that work with prostitutes say some one million Germanshave sex for money each day. Many prostitutes work on the black market, but200,000 are registered, pay taxes and get state health insurance. UntilMarch, Tanya, not her real name, was one of them.

TANYA [translation]: Prostitution is hard on the body and soul. You wake up in the morning, think what the day has in store for you and shudder. And with my children growing up I was more and more worried that they’d find out what I did for a living.

Now, Tanya is one of 30 prostitutes between the ages of 19 and 40who are building themselves new careers and new identities. They’re startinga two-year retraining course, organized by the Protestant Church and paid forwith $1.2 million from the EU to make them into salespeople, or–and this isTanya’s preference–caring for the elderly.

TANYA [translation]: I had some older customers who’d talk to me about their worries and pains and I really want to give these people a good time and make them happy . . . to find out their needs and ways to fulfill them.

The woman who recruited Tanya for the retraining program is UtaGeisler-Helker of the prostitute help group, Midnight Mission. She saysex-prostitutes are used to giving a helping hand, which is just what theelderly of Germany need.

JUTTA GEISSLER-HEHLKE: Former prostitutes are very customer-orientated,very friendly, and they have the aim to make these old people happy andsatisfied and enjoy the last parts of their life, and they have learned thingslike that in prostitution before.

The woman who had the idea for the program and found the funding,Rita Kuhn of the Protestant charity Diakone Westfalen, is also convinced thatprostitution should be seen as a qualification.

The people the women will be caring for are not supposed to knowabout their former jobs as prostitutes, so I couldn’t ask them what theythought of having former hookers at their bedside. But the older people I metat this cafe like the idea.

WOMAN [translation]: It’s a good thing for all the women. They get a training, that’s a good thing as well. And it doesn’t matter which history these women have or had so it’s a chance of a new future.

MAN: Many older people might get a bit excited and have some fun! Perhaps in their heads . . . in their fantasy.

MAN: Yes, but they’ve heard of it. They’re not stupid!

With over 6,000 vacancies in geriatric nursing, Germany’s Employment Agency is keen. And, for the prostitutes too, filling those vacancies is starting to make economic sense. Midnight Mission’s Jutta Geissler-Hehlke again:

GEISSLER-HEHLKE: We’ve got a lot of foreign prostitutes coming from poorer countries, especially Eastern Europe. Sometimes they only work here for a couple of weeks and then go home and the whole family can live off that money for the whole year.

LAURENSON: So that’s pushing prices down?

GEISSLER-HEHLKE: Yes, competition is very high and it is pushing prices . . . sometimes down to seven euro for sex.

At Escort, prices haven’t dropped so low, and the madam assures methat the girls we pass in the stairs are making too much money to think abouta career change yet. Drawing prostitutes away to fill the vacancies of caretakers is about to get more difficult. Germany is hosting the soccer WorldCup this summer, and the demand for prostitutes is expected to jump tenfold. 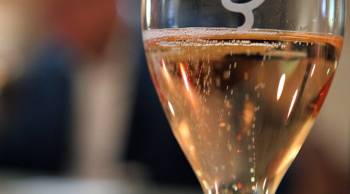 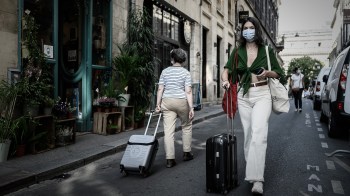