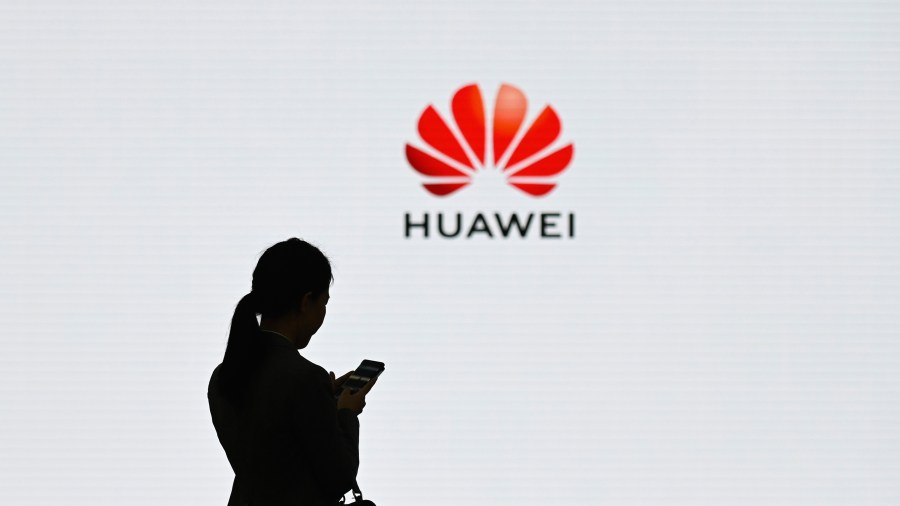 But the move could hurt China the most.
Listen Now

A Huawei staff member uses her mobile phone at the Huawei Digital Transformation Showcase in Shenzhen in China's Guangdong province in March. WANG ZHAO/AFP/Getty Images
But the move could hurt China the most.
get the podcast
get the podcast

A report this week in the Financial Times (paywall) suggests that China might be moving to ban all foreign computer hardware and software from government agencies and public organizations within three years. The United States has also banned Chinese manufacturers ZTE and Huawei from U.S. telecom infrastructure, but this would be a much broader move.

China’s move could hurt companies like Intel, Dell, Microsoft or HP, but what’s tricky is that China doesn’t really have the technology to replace a lot of the software it’s trying to kick out.

Robert Atkinson is president of the Information Technology and Innovation Foundation, a Washington, D.C.-based think tank. I spoke with him and asked: How big a deal is this?

Robert Atkinson: Well, the key thing is, first of all, are they serious? Which it looks like they are. The second question is, are they going to be successful? If they are successful, it is a big deal. Because the government controls a large share of the economy. It’s not just the Chinese government itself, but it’s all the state-owned enterprises. If they extend this towards them, that’s a huge loss to U.S. companies, both at the hardware and the software level. It’s not clear that they’re going to be able to do it. But if they do, it’ll mean significantly less business in China for U.S. technology companies.

Molly Wood: When you say it’s not clear whether they’d be able to do it, why wouldn’t they be able to? Because there just aren’t any alternatives?

It’s on the software side that China has long been weak and continues to be weak.

Atkinson: Well, they have more alternatives on the hardware side. For example, they have Lenovo, which is a computer maker, and Huawei, they make servers and computers. But it’s on the software side that China has long been weak and continues to be weak. They don’t really have a viable enterprise software program system like Oracle or a personal computer operating system like Microsoft. So if they try to substitute those with Chinese companies, they’re going to basically have inferior technology for many, many years. And they may just not care about that. But that is going to be one of the harms they’re going to get to their economy if they go down that path.

Wood: China has claimed that this move would be rooted in national security concerns much [in] the way the U.S. has avoided Chinese companies like Huawei. Do you believe those are the motivations here?

Atkinson: If anyone believes that, I have a bridge to sell you. There’s just simply no way that’s the motivation. The Chinese have played that card ever since [Edward] Snowden. They know that’s an effective card for them to defend what is essentially a protectionist agenda. There’s simply no way that this is a national security issue. Other countries all around the world use U.S. operating systems and other kinds of software with absolutely no problem. This is just a ruse by the Chinese to defend protectionism.

Wood: You said that for a brief period of time, things would really be inefficient or delayed, because China simply doesn’t have the software infrastructure. Long term, how much would this help the Chinese tech industry? Is there a possibility it becomes a global technology powerhouse?

Atkinson: So the Chinese strategy is a pretty simple one, really, when you think about it. And they use it in every advanced technology industry. The first is to acquire foreign technology by hook or by crook, oftentimes by crook. The second, once they have that technology, is to build up their domestic champions through things like big subsidies, limiting foreign competitors, and that’s what they’re doing in this case, limiting foreign competitors. Once they get that, though, the next step is for them is what they call “going out.” And they then subsidize their companies to go out to third markets, like Kazakhstan, or Bolivia, or whatever it might be. They’re not going to attack us in our market, they’re not going to attack us in Europe or Japan initially. But I wouldn’t put it past them to use the subsidies in the {Belt and Road Initiative] they have to tie those subsidies to buying Chinese software or Chinese computers for their government agencies in those countries. They’re a long, long way off though from ever being able to challenge U.S. software companies. They’re just not very good at it. But that doesn’t mean they’re not going to try, and doesn’t mean they might not be successful in some lower-income developing countries.

TechCrunch points out that moving onto a completely homegrown ecosystem would actually hamper all kinds of efforts in China, including research and development into other technologies, like artificial intelligence, because many tech software tools are now basically global standards, and it’s hard to escape them or build alternatives.

For example, earlier this year, the U.S. banned American companies from doing business with Huawei, meaning it might not be able to keep using the authorized version of Android. Huawei said it’s working on its own mobile operating system, but it seems very far away from success.

And that’s just a mobile operating system, let alone Windows, or Salesforce, or cloud management software, or even … Excel. But if China does succeed in creating its own parallel and completely self-contained tech ecosystem that competes with the U.S. tech economy on a global scale, well, this chapter of economic history just got a lot more interesting. 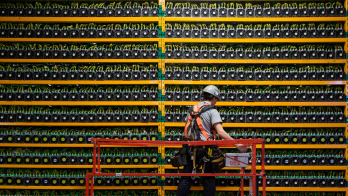 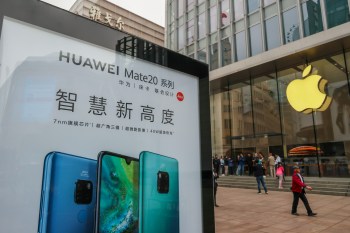 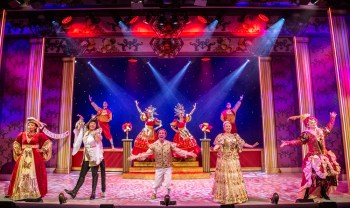