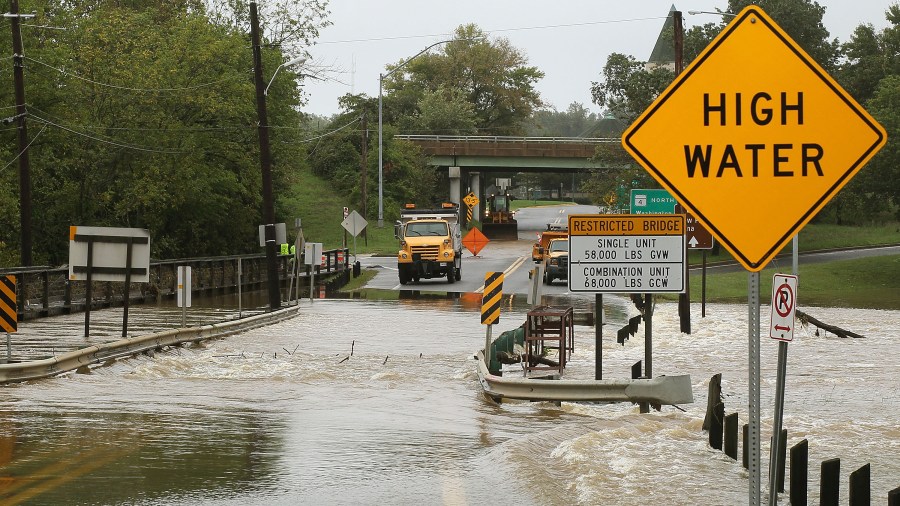 Digital tools are prevalent in the search for a home. Shouldn't they also be part of figuring out a home's flood risk?
Listen Now

Digital tools are prevalent in the search for a home. Shouldn't they also be part of figuring out a home's flood risk?
get the podcast
get the podcast

We’re revisiting stories looking at how technology can help us adapt to climate change.  This piece originally aired October 1.

When Brian Rankin first saw his house on Maryland’s Eastern Shore, he had an immediate emotional reaction.

“I just fell head over heels in love with it,” he said. “It’s truly a unique house.”

It has all glass walls and it looks very futuristic, in a 1960s kind of way. It’s got a big screened-in porch, a dock and it’s close to the water — really close.

Rankin is an actuary, which means that his job is to think about risk. But he wasn’t really thinking about climate-related flood risk when he bought this house.

He loves boating and swimming, and this was a vacation home that his kids and, perhaps someday, grandkids, could enjoy–ideally for generations. So, he bought it and spent three years renovating it. Then, one day, his wife pointed him toward a website that showed their waterfront house was quite vulnerable to sea level rise.

“I didn’t look at it very closely because it’s worrisome,” Rankin said. “To be honest with you, I worry that I don’t worry enough. There’s only so much I can handle.”

There’s a growing business to help people understand this kind of climate risk. There are bigger companies focused on collecting and selling climate data to the institutional level, such as Jupiter Intelligence and Four Twenty Seven.

And there are smaller companies, too.

“Well, I think that most people don’t know that we exist,” said Albert Slap, CEO of Coastal Risk Consulting, a startup in Florida. Five years ago, he joined forces with scientists to translate global climate data into custom-made reports for individuals.

“The product that we have developed is an algorithmic software that takes big data and crunches it in the Amazon cloud down to the property level,” Slap said. “So we provide flood and natural hazard and climate impact risk for every property in the United States and in South America, as well.”

“What homeowners had to rely on was the [Federal Emergency Management Agency] maps, which are really an alphabet soup of flood zone designations that are really confusing. So you would look it up and see ‘I’m an A, or C, or CV,’” said Melissa Roberts of the nonprofit American Flood Coalition.

That alphabet soup was actually meant for the insurance industry, not regular homeowners. The maps are hard to understand, and they don’t reflect projections of sea level rise. Roberts said there was a huge opportunity around this information gap.

“You could easily see something added into a Zillow or Realtor.com that had a 1-10 scale, telling you what your flood risk looked like or what your cost could look like,” Roberts said.

People who already own a property with some flood risk might pay for more information.

We bought a report from Coastal Risk Consulting ($49), to assess risk on that glass-walled vacation home on the riverbank in Maryland. Owner Brian Rankin read through it.

“I’m looking at the first page, and I know right away that this is my property,” Rankin said. “You can see our dock, which juts into the river.”

When he gets to the page on tidal flooding, it predicts his property will deal with it pretty much every day by the year 2034. So what is he going to do next?

“That is a great question,” Rankin said. “I mean, I just finished the place. I want to enjoy it, but then you think about what’s going to happen. It’s an odd thing to have a second home — you’re blessed if you have a place on the water, you’re just lucky. But when you start thinking long term, looking at this map and seeing what’s going on [in] the world, it probably will be a bigger factor in selling it than it was buying it.”

As climate change becomes more tangible, climate data could play a bigger role in the real estate market. That can complicate buying and selling a house — even for one that’s love at first sight. 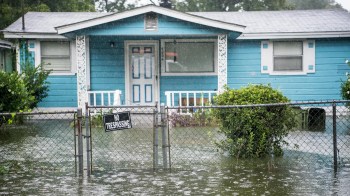