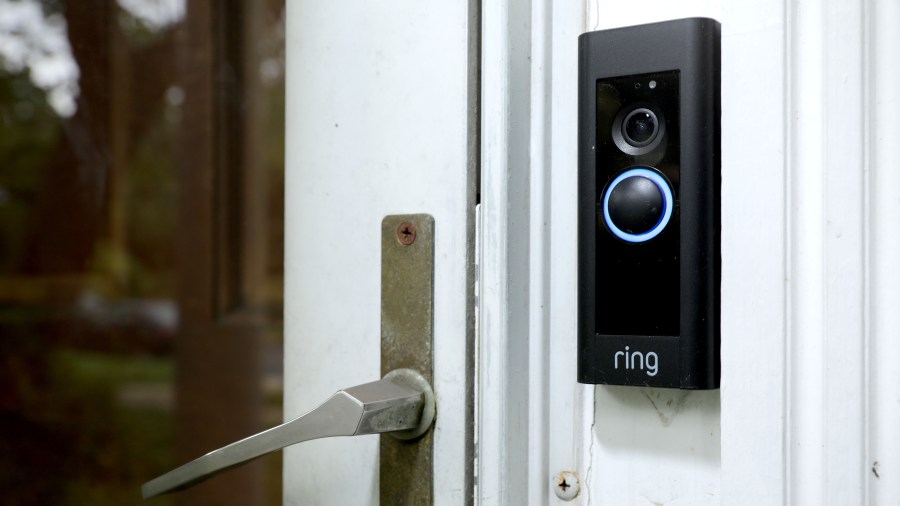 "The real privacy risks involve how consumers might use [security cameras] to profile their own neighborhoods," says Andrew Ferguson, author of "The Rise of Big Data Policing." Chip Somodevilla/Getty Images

Just sayin' ... if you install a home security camera at your front door, you're gathering data that law enforcement might have access to.
Listen Now

"The real privacy risks involve how consumers might use [security cameras] to profile their own neighborhoods," says Andrew Ferguson, author of "The Rise of Big Data Policing." Chip Somodevilla/Getty Images
Just sayin' ... if you install a home security camera at your front door, you're gathering data that law enforcement might have access to.
get the podcast
get the podcast

Doorbell security cameras are a hot item — and hot topic — when it comes to privacy and security. Amazon owns the Ring security camera company, and with the customer’s permission, the company will share footage from the camera with police.

Recently, Sen. Ed Markey, a Democrat from Massachusetts, asked Amazon to explain what happens to that video if police ask for it, and Amazon reported that there aren’t any rules — police can hold onto it indefinitely and share it with any agency they want.

I talk about this in “Quality Assurance,” the segment where we take a closer look at a big tech story. I spoke with Andrew Ferguson, author of the book “The Rise of Big Data Policing: Surveillance, Race, and the Future of Law Enforcement.” I asked him how this is different from traditional security systems that involve police and other agencies. The following is an edited transcript of our conversation.

Andrew Ferguson: In some ways, it’s not that different. We have always felt a need to protect our homes, and Amazon has recognized that is a consumer interest, and it decided to disrupt yet another industry. They are bringing the power of Amazon and their scale and their ability to do aggregated data collection, and really, their marketing abilities, to enter another space and provide another service.

Ferguson: I think that the real privacy risks involve how consumers might use it to profile their own neighborhoods. They might use the neighborhood apps to identify people who they think are “suspicious” or “don’t belong,” which can correlate, obviously, with difference in society. I think that is a real concern. I think that the use of police access could determine where police want to focus their resources, which of these neighborhoods filled with Ring cameras do they want to ask for information about? One of the things that I think people forget is that if you put the Ring doorbell on your door, police know it’s there. It’s literally physically in front of them. They can go ask through the system, they go through the anonymous consent system, or they could go knock on your door and say, “Hey, you have a camera, we’d like to know, would you mind consenting to us getting access?” It’s very hard to say no to that authority. Yes, you have the right to say no, but it’s very difficult to say no to law enforcement authorities who want information about you, and their consent kind of falls apart. It’s just not always as strong as you want it to be in the real world with all the political, socioeconomic and racial realities of policing in America today.

Wood: Does it actually help? Do you buy Amazon’s argument that these kinds of partnerships and the availability of that information do actually make neighborhoods safer?

Ferguson: I think Amazon and other companies that sell in the security space have recognized that people have always felt insecure about their homes and that if you can offer the sense of security — even if it’s not real security — that people will buy it. They’ve done it in the way that Amazon does things, in a very bold and big and data-friendly way. They’ve made it very easy by offering incentives and helping police departments market it. That way it’s new, because it’s pushing things forward. I think they’re just playing on an age-old fear that we have about the security of our home. I think that we have not been thinking about the real consequences of these surveillance devices.

If you think about it, if you want to build a pure surveillance state, you know what you would do? You would have wiretaps in your home, listening to your conversations; you’d have cameras on every door seeing who’s coming in; you’d have a network of neighbors spying on you and informants; you’d build in facial recognition capabilities; you’d have a system to monitor what you read and what you buy. If you think about it, that’s what Amazon offers you, right? Alexa is in our homes listening. Ring is on our door, watching. Neighbors app is telling on each other. Rekognition software is a different product that they have that does facial recognition. They know what you read through Kindle, what you buy through Amazon, and they’re pretty good about predictive analytics. In some ways, Amazon is building a very effective surveillance state that we would be offended if the government tried to mandate, but somehow as consumers, we seem OK with giving up this information to a private company.

Wood: I wonder if part of what is happening here is consumers realizing that these private companies are closing the loop by bringing government to the table.

Ferguson: I don’t think consumers are fully processing that, and seeing how easy it is to get, even with a warrant. It’s not that hard if there’s a crime for police to go to a judge and convince a judge to give up this information they think exists. If we’ve created that data for them to ask for, it’s going to be given up. We just have to know that that is the system of surveillance we’re building in our neighborhoods, and on our doors and in our homes. We should be aware of the privacy and autonomy costs of that deal with Amazon.

Wood: How can we be aware? It’s in no tech company’s interest to essentially lay out the worst-case scenario for its products.

But Amazon didn’t do it. In fact, most tech companies in this world of big data policing don’t take the affirmative front-end accountability steps that they should take to address these concerns before they roll out their product. These companies really should honestly be listening to their legal teams and their public policy teams before building out a new product. They should be talking to civil liberties lawyers and civil rights lawyers about how these surveillance technologies will be misused. If they did that, they would avoid a lot of these scandals and a lot of these concerns.

Wood: I guess the counter argument is: Are the scandals that big a deal? Because consumers keep buying this stuff.

Ferguson: I think that they are certainly probably not good for the bottom line for various companies that can create scandals — they’re unnecessary scandals in some ways. The harm here is the secrecy or lack of transparency, lack of accountability in the companies, and you could probably avoid those if you got ahead of them at the front end. But there is a real moment and national conversation we had about what privacy means in a digital age, and whether we’re OK sharing this. I think if you see this as just your front door, it doesn’t feel so scary. If you see it as part of a larger system of surveillance, it starts feeling a little bit like that surveillance state that we all are concerned could happen to us, but seems far away.

Wood: Even Amazon’s response to the letter, in response to Sen. Markey’s request, and statements since then have, I think you could argue, continue to punt this to the consumer. The consumer is in charge, the consumer installs the doorbell, it’s their responsibility to make sure that it’s only surveilling public areas. Do you have any hope that Amazon is going to change its approach here?

Ferguson: I think if there’s more concern from more senators and more congresspeople and more citizens that they need to get ahead of this, there would be. Obviously, if people stopped buying Ring doorbells, that might wake them up. But even more so, I can’t imagine that Amazon likes these stories about them when they probably could have avoided a lot of the trouble if they listened to the legal folks and public policy folks in their own institution that will warn them of some of these dangers.

Sen. Ed Markey’s office made Amazon’s response letter public on Tuesday. In addition, on Wednesday, five senators called on CEO Jeff Bezos to explain how Amazon will prevent Ring data from being hacked or even used for foreign espionage. And here’s the thing: I know we’re deep into the techlash here, and it probably seems like it’s just fun to beat up on tech companies, but when it comes to Ring and its security practices, it does not have a good history.

Earlier this week, Mozilla released its yearly report called the Privacy Not Included gift guide, an evaluation of popular consumer products and how secure or not secure they are. And Mozilla tested the products to see if they met what the company calls its minimum security standards. Five things: automatic security updates, encryption, a way to report bugs, a requirement to change the default password and specific privacy policies. Mozilla tested 76 products. Nine of them failed, and three of those were the three primary products that Ring sells: the doorbell, indoor camera and the security camera.

These are devices whose entire job is video surveillance of your activities and the activities of people around you. They were unable to meet all of the basic security requirements that really any consumer product should meet. 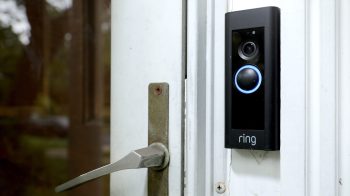 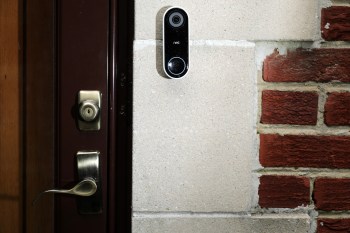 What the era of “doorbell surveillance” means for delivery drivers 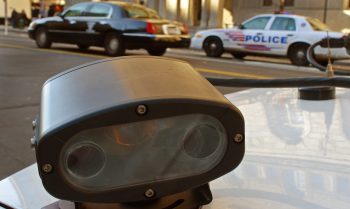