With access to major computing power, the Chesapeake Conservancy can better manage the watershed.
Listen Now

The latest installment of Marketplace Tech’s How We Survive series looks at leveraging big data tools for better climate intelligence.

It’s part of Jeffrey Allenby’s job to keep pollution out of Chesapeake Bay, making smart decisions and advising around conservation.

That’s not easy with water flowing in from more than 64,000 square miles, across six states from New York to Virginia. So Allenby, the director of conservation technology at the nonprofit Chesapeake Conservancy, must decide precisely where to prevent contamination from flowing into the bay.

Recent advances in satellite imagery and computing power let him make maps to drive those decisions with a lot more information. Now a Big Tech partner, Microsoft’s AI for Earth, has stepped in to streamline high-resolution, data-driven mapping for Allenby’s organization with hopes to apply what’s learned to other groups doing similar work.

Pollutants trickle into the Chesapeake Bay from a mosaic of cities, suburbs and farms. That patchworked landscape means there’s no one-size-fits-all solution to the bay’s water woes — you can’t turn the whole Eastern Seaboard into a national park. Instead, different conservation measures must be used in different parts of the watershed.

We don’t have time to sit and study endlessly. We need to start taking action.

And to adapt to a changing climate, solutions need to start now, according to Allenby.

“We don’t have time to sit and study endlessly,” he said. “We need to start taking action.”

The Chesapeake Conservancy is pioneering a strategy called precision conservation. The approach uses high-resolution datasets “to pinpoint exactly where in the landscape would be best to work to improve water quality and habitat and climate resilience,” Allenby said. Rather than creating vast parklands — a strategy used in New York’s Catskill Mountains — precision conservation is more targeted. It could mean strategically planting a grove of trees or restoring a few wetland acres to halt the most pollution at the lowest cost.

But precision conservation demands a precise understanding of the landscape. Fancy maps can help.

In a digital land cover map, each pixel is labeled as a specific type of surface. Categories might include “vegetation” or “urban development.” One pixel on a typical land cover map represents a 30-by-30-meter square, the size of a large swimming pool. That’s a decent level of detail, but still too blocky for precision conservation.

“The biggest difference with our work is the resolution,” Allenby said. To make precision conservation decisions, Allenby’s team developed their own super-detailed land cover map, to the tune of 260 billion pixels across the Chesapeake watershed. Each pixel represents just 1 square meter of land — smaller than a standard sidewalk square.

Where one bulky pixel sat on the old map, now 900 smaller pixels cram into its place, allowing for better landscape labeling.

That 20/20 vision of the landscape means Allenby can build conservation projects to individually address each possible source of pollution. One example: The Chesapeake Conservancy’s partners are planting narrow strips of vegetation along the streams that wind through Pennsylvania’s farm country. This so-called “green infrastructure” should filter out fertilizer and other agricultural contaminants before they hit the water flowing toward the bay.

But Allenby’s high-resolution land cover map came with a painstaking cost. Labeling each pixel took his team more than a year of manually classifying aerial photos snapped by satellite.

“We came up with this really great dataset,” said Allenby, but “my team worked for 18 months grinding away bit by bit.”

This struggle is common for small nonprofits working on climate adaptation. These organizations are often squeezed by poor access to computing power that could accelerate tasks like, say, satellite image classification for land cover mapping.

The role of Big Tech

“Human society is facing a pretty unprecedented challenge,” Joppa said. “We’ve got to somehow figure out how to mitigate and adapt to changing climates, ensure resilient water supplies, sustainably feed a human population.” He describes AI for Earth’s role as putting technology “in the hands of people all around the world to amplify their positive impact.”

“Five percent of Google’s downtime is multiples larger than all of the federal government’s computing resources,” Allenby estimated. His Chesapeake Conservancy accessed some of Microsoft’s server downtime with an AI for Earth grant to improve its high-resolution land cover mapping.

Microsoft’s raw computing power and know-how supercharged Allenby’s work. His team developed a machine-learning algorithm to automate the classification of satellite imagery. Compared to their initial approach, “the processing is happening in a fraction of the time,” Allenby said.

But he noted the new machine-learning approach is less accurate in classifying large regions like the Chesapeake Bay watershed, requiring significant manual corrections. Still, Allenby hopes that future improvements will ready Microsoft’s algorithms for “prime time.” He said the Chesapeake Conservancy plans to update its maps every two years as climate and development continually remold the land surface.

What [Microsoft] allowed us to do was punch way above our weight as a small nonprofit.

“What [Microsoft] allowed us to do was punch way above our weight as a small nonprofit,” Allenby said. He added that the Chesapeake Conservancy is using its newfound computing resources to aid high-resolution mapping projects elsewhere, including in the Great Lakes and Colorado River basins.

Of course, Big Tech isn’t a silver bullet for climate intelligence and adaptation — Microsoft’s mission isn’t to save the world. It also has to turn a profit. Some speculate that initiatives like AI for Earth could help build demand for commercial products down the line.

“I’m sure from a certain perspective it is about creating market share,” said Allenby. But he added that potential future commercialization doesn’t diminish the positive impacts of Microsoft’s AI for Earth. “They feel a responsibility to do something to improve the world,” Allenby said. “That’s a win-win in my mind completely.”

And as we know, that climate intelligence is the first step in successful adaptation.

Last month, Microsoft announced $500,000 for new grants that will be given out by the Leonardo DiCaprio Foundation.

Earlier this month, AT&T shared the datasets that it’s been using to evaluate the risks to its facilities … and make them more resilient to extreme weather. The datasets were developed by the Department of Energy’s Argonne National Laboratory, and AT&T made them available to the public. It also started a Climate Resiliency Community Challenge so that universities can work with towns in southeastern states to develop solutions and risk analysis based on that data.

Last week, in an attempt to get everyone looking at the same peer-reviewed and trustworthy data, the World Meteorological Organization launched the WMO Catalogue for Climate Data with 18 datasets, and it hopes more to come.

The WMO is basically the in-house weather and climate agency of the United Nations. Last week the WMO elected Gerhard Adrian of Germany as its new president for a four-year term. He beat Louis Uccellini who’s currently the director of the U.S. National Weather Service. 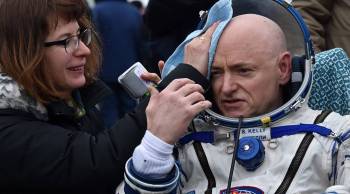 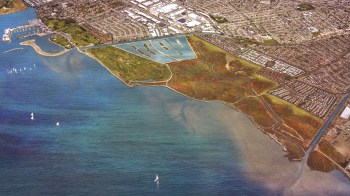 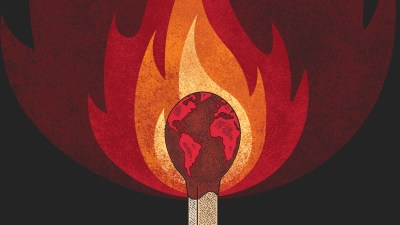