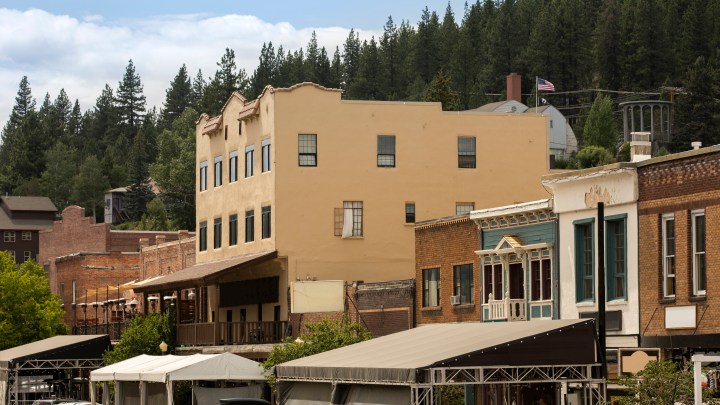 Remember Zoom towns? Those were the smaller, more rural places where remote workers fled after the pandemic hit, seeking to socially distance in a more bucolic environment.

In the summer of 2020, the once-sleepy mountain community of Truckee emerged as the Zoom town capital of Northern California. With a population of about 17,000, it’s a stone’s throw from Lake Tahoe on the California side of the Sierra Nevada mountains and offers beautiful hiking, skiing and all the outdoorsiness you could want.

Two years on, plenty of the Bay Area Zoom towners have stayed. But the local workforce? Not so much.

Steven McKeown used to work at a ski resort close to Truckee making around $13 an hour. Back in the spring of 2019, he couldn’t find an affordable apartment. So he did what he knew a lot of Truckee workers were doing: He lived in his car.

“So basically what I did, I had the [front passenger seat] as far back as I could,” said McKeown, 33.

McKeown said he lived in a Nissan SUV for seven months, mostly in the parking lot of the resort. He looks like someone who should work in Truckee: big beard, probably looks great in flannel. He could hack sleeping in his car, but he doesn’t recommend it.

Truckee had a workforce housing problem before the COVID-19 pandemic hit. In March of 2020, the median home value was $719,000. After the influx of Bay Area residents, it’s now $1.1 million. Rents have similarly skyrocketed.

“If I could tell you the amount of times this conversation is had per night,” said Ryan Dierks, who co-owns three restaurants in Truckee that primarily cater to tourists.

“‘Sir, love to have you in this evening. It’s going to be about 10 to 15 minutes.’ ‘What do you mean? There’s a table right over there.’ ‘It’s not about the tables that are available, it’s about the amount of staff I have right now.'”

The tourist crowds have been good — there’s really no offseason in Truckee anymore. But Dierks said he is making less money than he was in 2019; he’s been missing chefs, general managers, servers and bartenders. One of his chefs even suggested converting spare restaurant space to labor-saving frozen yogurt machines.

“We all laughed at him,” Dierks said. “We’re like, ‘We’re not doing fro-yo, bro.’ And literally by the end, my business partner and I have looked at each other and are like, ‘We should do fro-yo.'”

They still haven’t done fro-yo. But Dierks has raised pay. Dishwashers now make $20 an hour, plus tips, and they get health benefits.

Still, it’s not working. Housing costs are too steep. A growing number of his employees commute from Reno, Nevada, which is about a 40-minute drive away. But because of rising fuel costs, that commute is way more expensive in 2022, and he’s losing staff to Reno’s increasingly competitive labor market.

“It’s kind of tipping point of like, is it really worth paying all this gas money?” Dierks said.

It’s not just low-wage jobs that can’t be filled.

At Truckee’s biggest strip mall, the staff shortage apology sign is about as ubiquitous as the bumper stickers that say “Keep Tahoe Blue.” There are signs on multiple banks, the Verizon store and the Rite Aid, which had to shutter its pharmacy.

“These aren’t, like, low-paying jobs. These are sort of that middle-market type of job,” said David Polivy, a Truckee city councilmember. “And just because of all the pressures that are hitting the town, it’s been hard for us to secure our workforce.”

The city is trying to help. It opened up dedicated workforce housing and low-income apartments, and there’s a new “Lease to Locals” program where vacation homeowners can get up to $18,000 to rent their property to Truckee workers.

But it’s all kind of a drop in the bucket.

Sasha Severance, the general manager of Alibi, a local brewer, grew up in the Truckee area. But she and her fiance recently bought a home in Portola, a town of about 2,000 people about an hour away. It’s cheaper but also much quieter.

“It is very nice,” Severance said. “Like, out there, I can go mountain biking or backcountry skiing, and you don’t see anybody.”

Although Severance said the trails are getting a little busier — mostly with other people who used to live in Truckee.