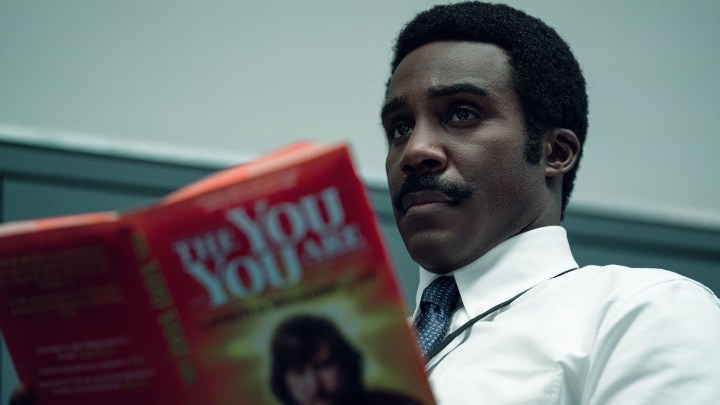 One choice quote from the cheesy self-help book featured in "Severance"? "What separates man from machine is that machines cannot think for themselves. Also, they are made of metal, whereas man is made of skin." Apple TV+
"Severance"

One choice quote from the cheesy self-help book featured in "Severance"? "What separates man from machine is that machines cannot think for themselves. Also, they are made of metal, whereas man is made of skin." Apple TV+

Econ Extra Credit, in its latest iteration, focuses on one documentary a month with Marketplace themes. But for July, we decided to mix things up. This month, we’re studying the Emmy-nominated streaming series “Severance.”

While the premise of the Apple TV+ series “Severance” is more dystopian than comedic, the show has a refreshing amount of humor (more of the chuckle than laugh-out-loud variety).

One of the most ridiculous characters is Mark’s brother-in-law Ricken Lazlo Hale, an earnest, pseudointellectual author of self-help books, who wants to make Mark see how messed up severing his work and home life is.

Ricken tries to get Mark to read his latest book, “The You You Are: A Spiritual Biography of You,” but Mark brushes him off, that is until his “innie” gets ahold of the copy and it becomes a manifesto of sorts for the revolution that unfolds in Season 1. Its words starkly contrast with the corporate dogma of their employer, Lumon Industries.

Here are a few of Ricken’s cringe-worthy wisdom nuggets:

“A society with festering workers cannot flourish, just as a man with rotting toes cannot skip.”

“Ricken Hale is hands down the best character in the show,” Adam Grant, author of “Think Again” and host of the podcast “WorkLife,” told “Marketplace Morning Report” host David Brancaccio. “He’s such a great caricature of everything that self-help gurus do wrong with these nonsensical aphorisms.”

“There were a couple of [Ricken quotes] that made me cringe because I thought that can actually appear in a self-help book and it would be packaged as profound even though it’s snake oil,” Grant said.

Throughout the season, Ricken’s book gets passed from character to character and viewers of the show get to hear short passages from the text. At one point, Mark’s “innie” slowly and deliberately reads aloud from the book, so that the meaning of the words can really sink in.

“Our job is to taste free air. Your so-called boss may own the clock that taunts you from the wall, but, my friends, the hour is yours.”

His co-worker Dylan chimes in to recall the same quote from memory, even referring to the page number on which it appears in the book. Together, they repeat Ricken’s words with a shared sense of the book’s profundity.

In the real world, fans of the show have even reviewed the fictional title on Goodreads with hope that the writers for the show will eventually publish the book as a series tie-in. Showrunner Dan Erickson told Vanity Fair that he had written about 49 pages of the book for Season 1, but described a future full-length version as “an idea that’s more fun in theory than in practice.”

I suspect that “Severance” devotees are more interested in Ricken’s memoir as a form of fan fiction than inspiration for finding more meaning in life. But the desire for an easy solution to complex question like “What is the purpose of my work?” is why self-help books are so popular, yet often fail to deliver results. “If the [self-help] industry was successful, it probably would have put itself out of business,” said Grant.

Measuring the meaning of your work

Grant, an organizational psychologist, suggests that individuals ask themselves a simple question: “If my job didn’t exist, who would be worse off?”

In one experiment, Grant had a scholarship student come speak for five minutes to some call center employees who worked to raise funds for a university.

“All of a sudden, instead of feeling like [their] job [was] to harass alums during dinner, they felt like, ‘No, my work is actually all about making scholarships possible for students who can’t afford an education,’” Grant said.

Being more connected to the impact of the work also boosted employees’ performance. Grant found that for employees who met with the scholarship student, their weekly time on the phone went up by 142% and their weekly revenue went up by 171%.

Grant says managers and company leaders should help employees see that impact by giving them opportunities to know who benefits from the work they do and a chance to meet those folks face to face, “because that’s ultimately what drives most people to care about what they do and feel valued.”

Your thoughts on “Severance” and work-life balance

“My experience with finding meaning at work, I have learned, is that I have to have it, or work just doesn’t work. Several years ago, I switched from working in health care as a physical therapist, to finding a hodgepodge of freelance work as a writer, instructor and even a child care provider ([for] other people’s kids). Now I’m switching back.

“To me, nothing tops the meaningfulness of looking a patient in the eye when they have hoisted themselves up to stand for the first time, with help, after a stroke … It’s definitely not where the money is!”

“What I find most disturbing [about “Severance”] is how there are always people available who are willing to be the mid-level managers who carry out the wishes of the unseen, mysterious senior executives, and who are robotic, if not psychotic. They come across as severed from any personal life without having undergone any implant.

“In real-life jobs, it is sobering to think that, even in some of the best companies, there still exists that perception that you need to keep some aspects of your personal life unshared, lest fears arise that your performance may suffer.”

And Linda G. saw a connection between the “Severance” characters who have severed their work and personal memories and the Borg from “Star Trek: The Next Generation.” Like the Borg, whose goal is to attain human “perfection” through forcible assimilation, Lumon Industries seeks to perfect its workers by severing any memories that could contradict company dogma.  She wrote, “Although I applaud the idea of watching ‘Severance’ to explore what it can teach us about corporate values, organized labor and finding purpose at work, corporations simply need to tell the truth. ‘We value and reward assimilation over work-life balance. Purpose-driven, balance-seekers need not apply.’”

ICYMI: Check out more of our stories from this month related to “Severance” 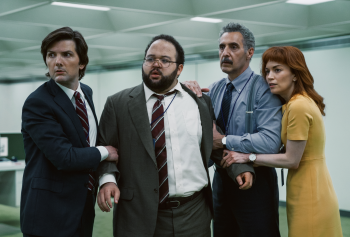