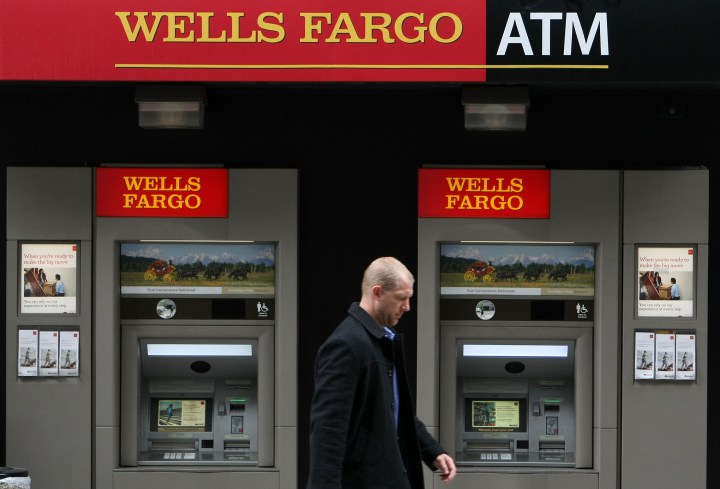 Each week, I have my paycheck direct deposit split between two accounts. Payday is technically Friday, and the portion that is deposited to my Big National Bank posts to the account in the early hours. But the money that goes to my Local Credit Union posts 24 hours earlier — sometimes even sooner. What’s the deal? Does Big National Bank earn extra interest on the overnight deposit, or is Local Credit Union giving me an overnight loan? And in either case, how does this difference affect the overall economy across millions of deposits?

For some of us who woke up this Friday morning, our paychecks landed in our bank accounts in the early hours of the day.

But for others, those paychecks arrived a couple of days earlier.

Credit unions aren’t the only institutions that release payday funds ahead of schedule — big banks such as Capital One offer a one- to two-day advance of paychecks to entice new customers, while Wells Fargo plans to offer the service later this year.

Financial institutions provide it as a perk to attract or retain customers, said Glenn Migliozzi, a finance lecturer at Babson College in Massachusetts.

How is it possible to get your funds two days early?

“Every direct deposit payment has an official payment date. So that’s the date on which the employer intends payment to be made,” said Michael Herd, senior vice president of the automated clearinghouse network at Nacha (formerly known as the National Automated Clearing House Association). “An employer typically will send a payroll file of direct deposits one or two days before payday” to the employer’s bank.

That payment file will then travel through the automated clearinghouse system, a network that processes electronic payments.

“The ACH system sorts and sends each of the individual direct deposit payments to the correct bank or credit union where each employee has their account,” Herd said. “So that’s how the payments get to the destination.”

Then, Herd explained, there’s a separate process known as “settlement.”

“Settlement is when the system accounts for the movement of money between all the financial institutions,” he noted.

He said the settlement for most clearing house payments usually happens at 8:30 a.m. Eastern time on payday, and funds have to be available to the employee no later than 9 a.m., according to Nacha rules.

So for people who had a direct deposit scheduled today, the transaction almost certainly settled between the employer and the employee at 8:30 a.m., he said.

“That’s literally the moment when the receiving institution, the bank or the credit union is credited with receiving the money,” Herd said.

Financial institutions don’t earn overnight interest on paycheck funds that are settled on the standard payday, Herd added, because the funds aren’t available until the morning. So when your paycheck is deposited before payday, banks and credit unions are advancing the funds to you, and they expect to be reimbursed at the 8:30 a.m. settlement time. Herd said he doesn’t consider this an overnight loan.

Herd said that financial institutions think it’s “worth taking the risk” to advance these funds, and that the chance the money would not be settled is more of a hypothetical possibility.

“Settlement of these payments is routine. It happens numerous times throughout the day. And we haven’t had any recent history where there’s been a problem where that doesn’t occur,” he said. “I think the banks and the credit unions feel very comfortable.”

What this means for the larger economy

However, neither Migliozzi nor Herd think the early availability of paychecks has a widespread effect on the economy.

“The next credit is always seven, 14 or 30 days away depending on the pay cycle. So the only benefit is the initial two to three days,” Migliozzi said.

And on an individual basis, some people benefit from the earlier deposits.

Listener and reader Kirby-Payne said there have been times where money was tight because she and her spouse were paying for their child’s college tuition, so getting that money early from her credit union gave her “breathing room.”

“Or more often, it gave me the satisfaction of paying a bill a little early,” she said.