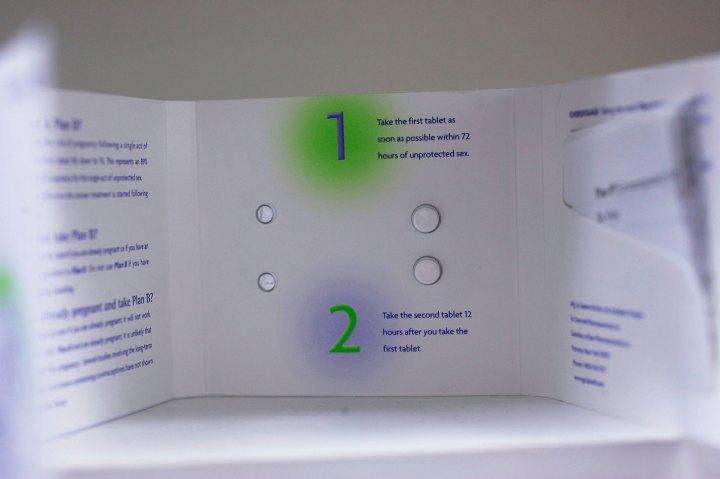 COPY
There has been a surge in demand for the Plan B pill, also known as the "morning after" pill. Photo by Joe Raedle/Getty Images

There has been a surge in demand for the Plan B pill, also known as the "morning after" pill. Photo by Joe Raedle/Getty Images
Listen Now

After a sharp increase in sales following the overturning of Roe v. Wade, some major U.S. retailers are limiting how much emergency contraception consumers can buy at once. To be clear: Emergency contraception isn’t used for abortions. But it is used to prevent pregnancy if taken within 72 hours of having unprotected sex, which makes fast access to the drug crucial.

Walmart and Amazon are among the companies now limiting online purchases of emergency contraception like Plan B.

Rita McGrath at Columbia Business School said it’s not clear how long that surge will last.

“What the retailers are going to do is sort of see whether this is likely to be a sustained level of demand or whether it’s just a panic reaction to the Roe v. Wade announcement,” she said.

Experts said the loss of abortion access and possible future restrictions on contraceptives are among the reasons people are stockpiling. Boosting supply is complicated.

Mariana Socal of Johns Hopkins said retailers depend primarily on just three wholesalers who can redistribute the inventory they have.

“But they cannot, you know, create the drug. Only the manufacturers can ramp up production, and in the medium to the long run, increase supply to the country.”

She added that it’s not clear if the current surge in demand will justify making more.

In the meantime, consumer stockpiling could pose a problem, said Dr. Jennefer Russo, senior medical advisor to Planned Parenthood of the Pacific Southwest.

“I understand the impulse definitely. But I’m concerned about availability to people who who have an episode of unprotected sex and need it more acutely. It limits access to those who might need it in the moment.”

That includes people who can’t afford to buy multiple packages of an emergency contraceptive in advance.