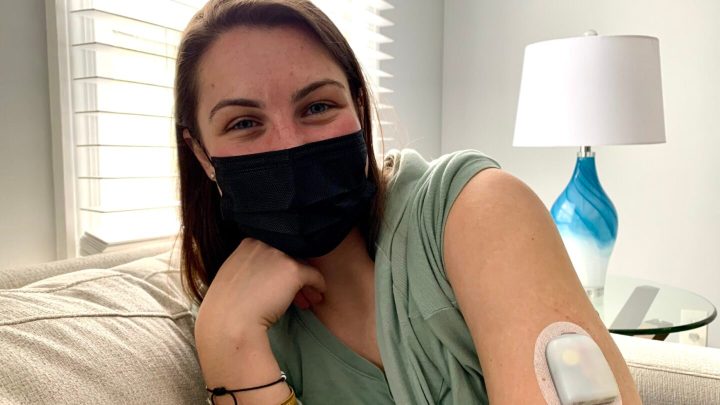 Alina Bills recalled a few months ago when she was almost out of insulin. Bills has Type 1 diabetes. She went to her pharmacy, just north of Atlanta, hoping to get a vial to last until the end of the month.

“This greater diabetes network,” she said, “to be like, ‘Hey, I can’t afford my insulin’ or ‘Does anybody in the area have an extra vial?’ essentially.”

Insulin costs in the United States have risen dramatically over the last decade; costs have doubled just between the years 2012 and 2016. And out-of-pocket costs for people with Type 1 diabetes can total hundreds — even more than $1,000 — a month for insulin.

Now, Congress is working to address the high prices. A bipartisan bill would cap insulin at $35 a month for people with private insurance or Medicare.

Many people with the disease who can’t afford the insulin they need to stay alive are turning to social media for help.

The pandemic has increased online groups’ traffic dramatically, according to Zoe Witt in Seattle, who also has insulin-dependent diabetes. “Especially once people started losing their jobs and losing their employer health insurance.”

Witt is with Mutual Aid Diabetes, a volunteer-run group started by people with Type 1 diabetes in 2020 to help the growing numbers of people who couldn’t afford their insulin.

“People that had never had to seek out insulin and supplies on something like Twitter before,” Witt said.

Mutual Aid Diabetes takes requests for insulin on its website and on social media, and connects people in need with others who have some to give. Other groups do similar work — but it’s not without potential legal or health risks.

“The alternative,” Lipska said, “is having no insulin, and that is surely going to make you sick and potentially die.”

Lipska said she discovered one in four of her own patients reported taking less insulin than prescribed because of cost. “As a physician, I would make insulin free.”

For now, Lipska said, if lawmakers could pass a bill capping patient costs for as many people as possible, it would be a good start.