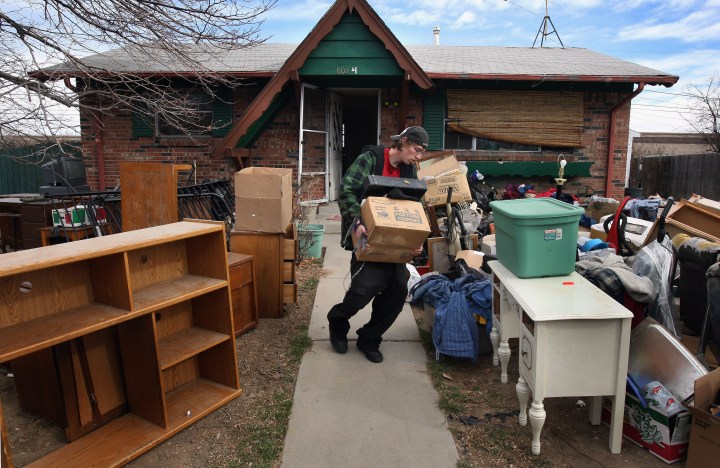 COPY
Research shows that distance from the courthouse can play a key role in tenants being unable to fight off evictions. Photo by John Moore/Getty Images

Research shows that distance from the courthouse can play a key role in tenants being unable to fight off evictions. Photo by John Moore/Getty Images
Listen Now

Many renters already face an uphill climb when fighting an eviction. Most local governments don’t provide a court-appointed attorney for tenants, who often lack the resources their landlords do to hire a private lawyer.

But fresh research points to another major barrier: getting to the courthouse.

In most parts of the country, if you’re a renter facing eviction and you miss your court date, the judge rules against you automatically.

“They issue a default, which basically means you lose,” said Dave Hoffman, a law professor at the University of Pennsylvania who studied evictions in Philadelphia.

His research suggests that even controlling for factors like income and race, the farther you are from the courthouse, the less likely you are to make it there to fight your eviction.

For every extra hour it takes to get to court, the odds of a default eviction go up as much as 9%.

“Poor people don’t have easy access to transit. They just can’t hop in a cab, or an Uber. They can’t afford it,” he said.

High rents have forced many working class renters to live in lower-cost suburbs far from downtowns. Downtowns where many eviction courts are located.

Many eviction courts used Zoom or other platforms during the pandemic, and some continue to do so.

That may help with the transport issue. But tenant lawyers said many of their clients run into issues using the technology.