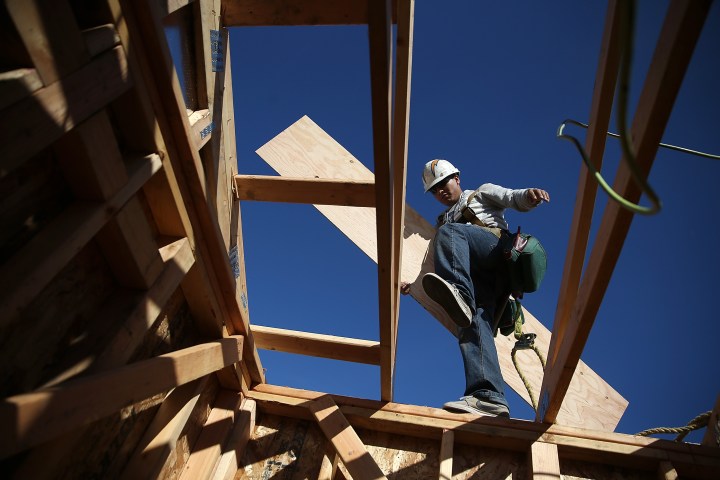 Supply chain issues have plagued many businesses around the world since the beginning of the pandemic, but few have been impacted quite like the construction business. Whether it’s a lack of building materials to a shortage of actual workers, construction companies have been wading through one challenge after another for years.

For more on this, we’ll take the Economic Pulse – real-time checkups on the health of the economy from a variety of perspectives.

Marketplace’s David Brancaccio spoke with Maurice Rahming, president of O’Neill Construction Group in Portland, Oregon. The following is an edited transcript of their conversation.

David Brancaccio:  When we last talked last summer, lumber was hard to get; you were also talking about steel — how are shortages now?

Maurice Rahming:  They actually have not gotten better. We were optimistic as we looked at coming out of the pandemic that the material would become more and more accessible, but the opposite kind of happened. We’re still looking at extremely long lead times — as far as, in some cases, up to a year — when we talk about different types of equipment and steel that’s needed on projects.

Brancaccio:  If steel is hard to get, I mean, are there alternatives for you?

Rahming:  Well, one of the things that we’re seeing — and it’s actually a positive outcome — is a lot of developers are looking at cross-laminated timber. It’s laminated in a way that provides equal or greater strength than steel, which has a better environmental impact. And so we’re kind of excited to see more of that product being used. And it’s domestically sourced, so it has a series of win-wins behind it.

Brancaccio:  You mentioned equipment — like an electrical box? Conduit? What do you need?

Rahming:  Yeah, so it is what is needed to basically bring these buildings online. You have one manufacturer that has a shortage on breakers, and then you have the other manufacturer that has shortages on the main service equipment. So we’re in the process of kind of cobbling stuff together. I’m sure everyone’s in the same boat, where they’re trying to make systems work by seeing what pieces and parts they can get from different areas.

Brancaccio:  Are the suppliers giving you any hints about what the problem is? Is it ships still stuck at sea, or is it factories in Asia? What do you think?

Brancaccio:  What about people for your business? Are you looking for more people?

Rahming:  Yes, we have workforce shortages as well. One of the things that I would say, on a positive note: we were concerned a little bit with that continuity of opportunity for both the workforce and projects, and so the bipartisan infrastructure bill actually created that type of pathway. So we feel more comfortable being able to move forward and hiring more people, because we see those projects coming down the pipe. So we’re excited about that.

Brancaccio:  Are you finding people when you advertise that there are openings?

Rahming:  It’s still challenging finding people. And probably some of the biggest challenges is with the journeyman electricians, the journeyman carpenters — they are continuing to retire out; the skilled workers are some of the biggest challenges. We are seeing where school systems and stuff are trying to look at doing more to encourage graduates out of high school to get into the industry, but that is a slow go as well.

Brancaccio:  And I suppose you could build some of the increased costs that you’re facing into your future bids, but did you end up holding the bag on previous contracts where maybe people were more expensive, or certainly the materials became more expensive?

Rahming:  Yeah, and I think that continues to be a challenge because some of these projects we price and we bid out. And so when we receive the bids and then you see fuel costs go up and you see labor costs go up, we can’t pass those costs on to the owner because we’ve already signed a contract — so we’re kind of stuck with absorbing that. So we’re all trying to figure out how to give the developers a price that we can hold on to with these caveats that we look at. Everyone’s concerned with steel prices and equipment prices just being extremely volatile. 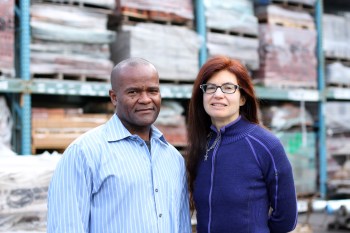