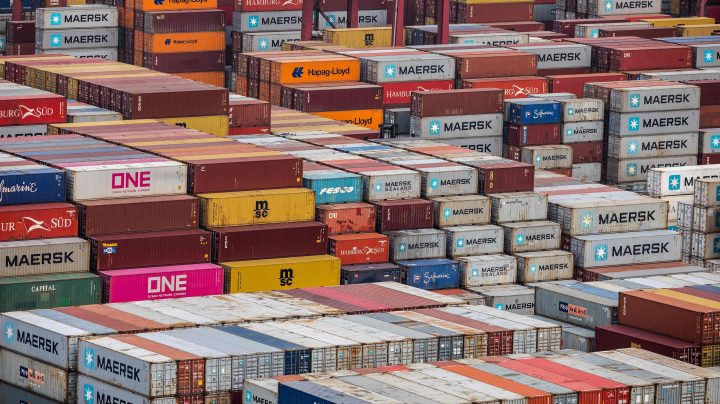 China’s economy grew 4.8% in the first quarter of this year — that’s faster than economists were expecting and beat the pace of growth at the end of last year.

It happened in spite of the country’s zero-COVID policy, which has forced some factories and ports to close and kept millions of people confined to their homes under lockdown, as Marketplace correspondent Jennifer Pak has been reporting.

When China lifts its strict measures, a lot of those goods are going to come flooding toward the U.S. And we’ll again see a lot of the supply-chain issues Americans became familiar with earlier in the pandemic.

The lockdowns in China have had a big impact on consumer goods like electronics, furniture and homebuilding supplies.

According to Anne Stevenson-Yang, co-founder and research director of J Capital Research, many of those products aren’t being made at all.

“Factories are closed all throughout the Pearl River delta and Yangtze River delta, parts of Beijing and farther north,” she said.

Many businesses in the U.S. have been building up their inventories to insulate themselves from supply chain problems.

But not every industry has managed to do that, according to Zac Rogers, professor of supply chain management at Colorado State University.

“Inventories are still relatively high, particularly for durable goods. For other things — electronics, grocery — inventories are not high,” Rogers said.

Once China’s lockdowns end, Rogers said, many companies will scramble to catch up on their import orders. That will translate to higher rates for shipping containers and more ships piling up outside U.S. ports.

The supply chain has been adapting to ongoing shortages. Tim Denoyer, a senior analyst with ACT Research, said trucking companies, for example, have been building up their fleets.

“The overall tractor fleet has been able to grow, we think, about 4% over the past 18 months,” Denoyer said.

Shipping companies are also having an easier time finding workers, Denoyer said, by offering higher wages. And he said absenteeism is down relative to earlier periods of the COVID pandemic.

“We’ve seen driver availability really start to pick up. And it’s actually above where it was in 2018,” he said. And if people continue to shift spending from goods to services, he said, the supply chain might not be as tight as it was last year.