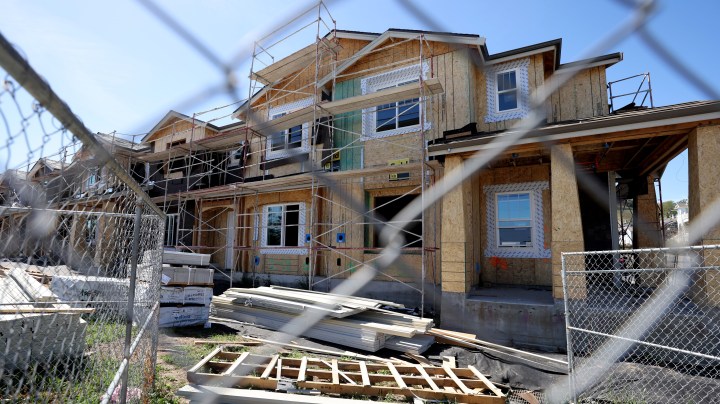 That increase is mostly due to the expectation that the Federal Reserve will continue to raise interest rates, as it did last month. But the Fed’s plan to slow inflation could also slow homebuilding.

A rate hike can make all kinds of loans more expensive, including those that developers take out to build homes.

“It’s yet another factor that’s increasing the cost of construction,” said Robert Dietz, chief economist with the National Association of Home Builders.

In the short term, rising interest rates could cool down home prices, he said. But in the long run, they could make a big problem in the housing market — the lack of supply — even worse.

“It’s going to have impacts on housing inventory three or four years down the road,” Dietz said.

And higher financing costs come at a tough time for homebuilders, said Dan Dunmoyer, president and CEO of the California Building Industry Association.

“Nails, fixtures, hinges, every single component has gone up in price over the past year,” Dunmoyer said.

Eventually, he said, those costs will be passed on to homebuyers.