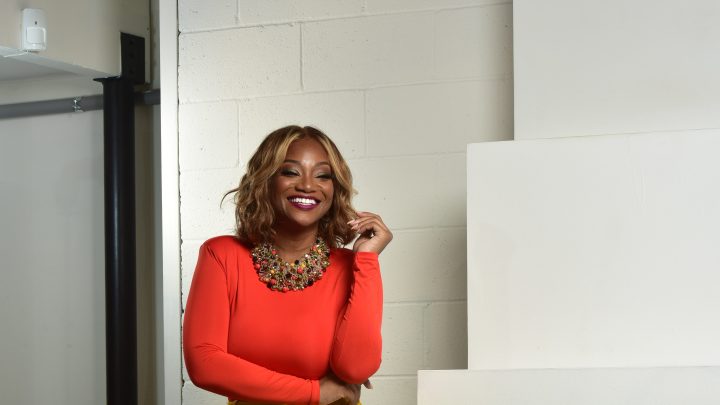 Social platforms like TikTok and Instagram have helped brands go viral, even in the midst of the pandemic. But BIPOC influencers who help those products take off aren’t always compensated the same by brands as their white counterparts, especially Black creators.

According to a recent report from MSL and The Influencer League, white influencers make 35% more than Black influencers. And while the report cites a several factors behind this, pay transparency was a key reason.

“Right now, it’s the wild, Wild West,” said LaToya Shambo, CEO of the marketing agency Black Girl Digital, which brokers partnerships between brands and social influencers. “Maybe one creator over here gets paid $20,000 and another creator, similar following, might get paid, $2,000.”

“Marketplace” host Kai Ryssdal spoke with Shambo about the state of the industry. The following is an edited transcript of their conversation.

Kai Ryssdal: What are you trying to do with this company? What’s your your mission statement?

Ryssdal: How’s it going? Are you having much luck?

Shambo: That’s a very good question. We have had some luck. We’ve been able to work with brands such as Walmart, Varo Bank, the city of Boston, really bringing more Black creators into the fold and getting them paid well to just do the things that they love to do.

Ryssdal: So one of the things that a lot of people talked about after George Floyd was that this was a moment in this economy where Black creators, yes, but also just Black Americans in this economy were going to be empowered. And one of the things that you saw happening was that big companies said, “We are going to spend more money going after these audiences, to empower them, to get them and to help them.” And I guess my question to you is: Are they?

Shambo: You know, I’m gonna have to say, from my end, I’m definitely seeing a lot of brands step up. You know, this is something that’s not going to happen overnight. And you can’t expect, especially a lot of these corporations, major corporations, it’ll be really challenging for them to try and connect with these communities if they don’t have the right internal voices sharing and connecting and saying, “Hey, you know, these are the key players,” or “This is the messaging, this sounds good, that’s not gonna work.” It’s a balancing act of internal changes, as well as external changes.

Ryssdal: Yeah. And after generations, and honestly, centuries of ignoring that market, they need some help. And that’s kind of where you come in.

Shambo: Correct. You know, and we’re not we’re not beating them over their head, like, “I can’t believe you’re not doing that.” It’s more of like, “Hey, we see that, you know, you need some support here. Let us help with getting the right talent behind the lens for you so that it’s a fair and equitable marketplace.”

Ryssdal: Let me ask you a nuts-and-bolts question: How do you find the influencers that you want to help out? Do you just spend hours and hours and hours, more hours than the rest of us, I guess, just scrolling TikTok and Instagram?

Shambo: That’s a good question. And, you know, it’s a mix. So, out the gate, you know, I have relationships and a huge list. Right now, I think we’re at maybe over 1,000 Black creators. My team, they’re always kind of in the loop of who’s next and who’s now.

Ryssdal: And it’s always changing, right? Just because all this changes so fast.

Shambo: Yeah. And you know what’s an interesting conversation right now is [the issue of] influencer burnout. So, you know, [we’re] having to be very mindful and checking in with the creators, just to [ask] “Hey, are you still in the game? How’s business?” Because burn out’s real people, they take vacations.

Ryssdal: Well, I mean, the thing about digital is you’ve got to feed the beast all the time. If I go to Instagram and it’s not there, I’m like, where’ve you been?

Shambo: All the time. Yeah.

Ryssdal: So in five years, where is your slice of the influencer industry? That is to say, people of color and getting them a fair shot? Where are you, do you think?

Shambo: That’s a good question. Right now, it’s the wild, Wild West. And that’s the challenge. Maybe one creator over here gets paid $20,000 and another creator, similar following, might get paid, you know, $2,000. I think that in five years, we’re gonna have to figure out some kind of regulation and pay scale. We have an internal pay scale. We’re killing two birds with one stone. We’re putting more people of color in ad campaigns, as well as allowing for brands to reach more people of color all at the same time.