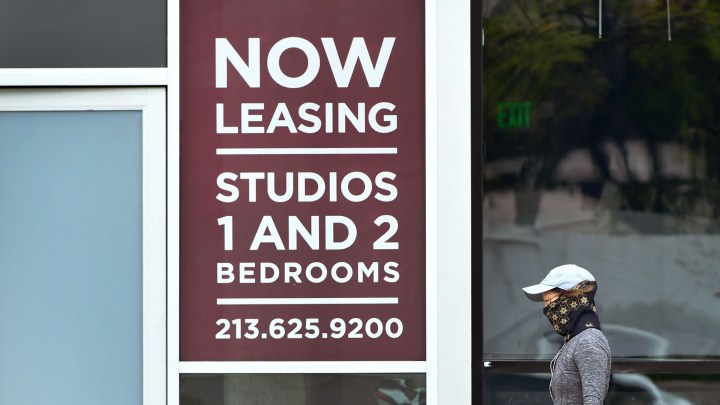 COPY
With landlords dealing with financial stress brought on by COVID, selling properties to private equity firms can be appealing. Frederic J. Brown/AFP via Getty Images

The Senate banking committee held a hearing Thursday on how private equity landlords are changing the housing market. Many private equity firms bought up foreclosed homes after the Great Recession and rented them back to people.

Private equity landlords get a lot of hate, according to the Urban Institute’s Laurie Goodman — especially when they compete with first-time homebuyers.

But she argued that sometimes it’s good to let firms buy property, particularly if renovations are needed.

“They can do it more efficiently because they know exactly what they’re doing. They’ve done a thousand homes like this before,” she said.

Admittedly, private equity landlords can be less understanding than mom-and-pop ones. “You’re going to be late with the rent, so you bring your landlord a pizza, explain why and he doesn’t file an eviction notice. Whereas it’s hard to bring an institutional landlord a pizza,” Goodman said.

That is an understatement, according to Georgia State University professor Dan Immergluck. When renters miss their payment, the response from private equity landlords is often impersonal, computerized and brutal.

“If you’re even a day late on your rent payment, you’re likely to see some kind of eviction notice,” he said.

Private equity firms have been actively buying in Atlanta — where Immergluck is based — and with the pandemic, they could have more units on their hands soon.

“Lots of smaller landlords are distressed financially, had not been collecting full rents and are in a position where they either need to sell or want to sell,” he said.

Unlike the last housing bubble, Immergluck said, this time around it’s likely to be older, multifamily properties that are up for grabs.