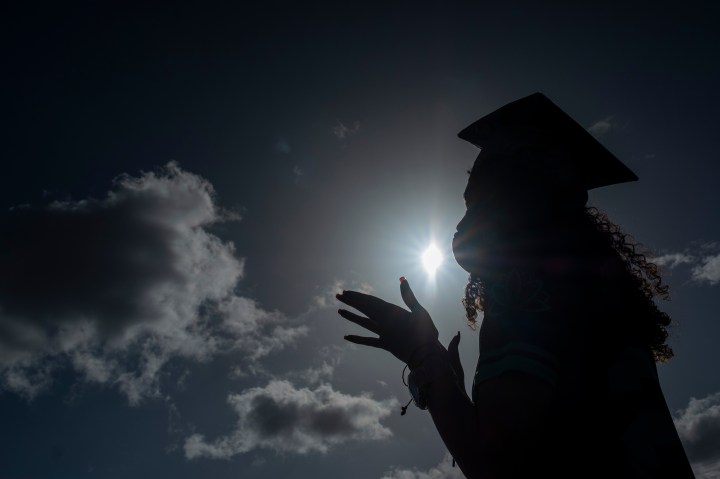 Of the nearly 4,000 four-year and two-year colleges in the United States, around 40% are publicly funded.

However, that funding is not distributed equally. One study from the Center for American Progress found that public colleges spend about $5 billion less per year educating students of color than they spend on white students.

How the U.S. higher education system became so unequal is the subject of new book, “The State Must Provide: Why America’s Colleges Have Always Been Unequal— and How to Set Them Right” by Atlantic staff writer and longtime education reporter Adam Harris.

The subtle crunch of snow under your feet is rare in Alabama, but plush white powder blanketed the ground when I arrived on the campus of Alabama A&M University in Normal, Alabama, for my first semester in January 2010. The packed flakes clung to the buildings like fitted sheets. It made the Hill, as students called the campus, indescribably beautiful. The university is tucked away in the rolling Tennessee Valley of North Alabama. It was the third college founded in the state to educate Black students after the Civil War, and the first with agricultural education in mind. But to me, A&M was simply a place that felt like home.

I was probably always going to end up attending college at A&M. Some of my earliest memories are of the drum majors — high-stepping in maroon capes, sporting felt hats — leading the band with intricately designed maces as if they were going to battle. My mom had gone to A&M in the eighties; my uncle had as well. In fact, he was a drum major himself. Still, it took me six months after high school to realize it was the place for me.

My parents would probably say it was my hard head that landed me instead at Lon Morris junior college in Jacksonville, a quiet East Texas town with a Walmart, a Taco Bell, and not much else. The real reason was basketball. I had been recruited by a handful of Division I programs: Stanford, Cornell, Murray State, Brown, and others, but I suffered an injury my senior year of high school. Lon Morris was my way to show big-time scouts that I still had it. Those coaches never called again, but early in my freshman year, the ones from Alabama A&M did. I jumped at the opportunity. It helped that my sister was already there as a sophomore on the volleyball team. A&M was no longer a home by proxy, where my family was educated; it was my home.

The snow had made the campus’s aging infrastructure seem like character, but as the first days of the semester wore on, it melted. I needed a break. I had a habit in high school of getting in the car and driving when I needed a stress reliever. Old habits die hard. Lucky for me, there was a whole city I had yet to explore. Downtown Huntsville was not much to look at, and every time I went to the mall, I ended up buying something I did not need, so roughly two weeks after arriving — after classes had begun, and homework started to pile up — exploring meant visiting the town’s other colleges.

There was Oakwood University, another historically Black college, built in 1896. There were the community colleges: Drake State and Calhoun. And then there was the University of Alabama in Huntsville (UAH), founded as a satellite campus of the University of Alabama in 1950, which had grown into an entity all its own. UAH was a straight shot from A&M, and since it was public, I would not have to get by security. As a bonus, its library was open three hours longer than A&M’s, so, at the very least, I could attempt to be productive.

Sometime near four o’clock in the afternoon, I loaded up my backpack, locked my door, and headed toward the elevator of Foster Hall, a five-story, red Tetris brick of a building that, having been built in 1993, was the newest men’s dormitory at A&M. The elevator was broken; probably overuse during move-in, I thought. I ran down the stairs instead, hopped in my car, navigated my way around the potholes on campus, and headed across town.

Pulling onto UAH’s campus felt like lifting a veil. There were newly constructed buildings, the grass was finely manicured, and fountains burst forth from the man-made ponds; the school looked like it had received a face lift within the last few years — or, at the very least, had benefitted from some good maintenance.

“America’s colleges and universities have a dirty open secret: they have never given Black people an equal chance to succeed.”

Once I settled in at the library, I did a bit of digging. UAH was founded in the 1950s, in part, because segregation was the law. There were two colleges for Black students in the city, Oakwood University, the private Seventh-Day Adventist–affiliated college, and Alabama A&M, which was publicly funded, but which white students could not attend either. The Alabama law that segregated Black and white students was known as Section 256, and though it was not officially implemented until 1901, when the state adopted its constitution, its effects — locking Black people into an unequal educational system, if education was allowed at all — had been an unwritten rule since before the Civil War.

Several states made it a crime to teach an enslaved person to read and write. South Carolina was the first, in 1740. Georgia followed in 1759. In 1833, Alabama instituted a fine of up to $500 as punishment for those caught teaching enslaved people to read. North Carolina banned educating Black people altogether. The bans did not stop Black people, though; they began learning in secret — they risked the lash to learn. When slavery ended, discrimination stayed, but so did the thirst for learning. Southern states threw up every barrier they could to education, and Black people broke them down time and time again. Northern states erected barriers, too, even if not always as overtly.

By the time the 1950s rolled around, it was a foregone conclusion that Alabama would choose to spend more money to create a new school for white students than to integrate. Even more galling to me than the institution’s roots was that the differences between UAH and A&M remained so flagrant. I observed several small things that day on the UAH campus. If there had ever been any potholes, they had been filled. The dorms were new, or, if not, they had been renovated; the library had books and journal subscriptions and magazines that I had never even heard of —including the one for which I now write. And then there were the big things, which I’d learn later: UAH had nearly double the endowment of Alabama A&M, and fewer than 10 percent of its student body was Black, while more than 30 percent of the city of Huntsville was Black. It was a regional institution aimed at serving the city, and yet it did not. Meanwhile, across town, many of the buildings on my campus needed upgrades. The heat was busted in some of the classrooms. The shuttle never seemed to be running when it was the coldest outside.

Some of this might have been chalked up to the grumblings of a melodramatic student — one who had seen the other side and believed the grass was greener. But once I was no longer a student, I learned that my experience was not an anomaly. Then I began covering higher education, and I realized how much it was the norm for Black students across the United States.

America’s colleges and universities have a dirty open secret: they have never given Black people an equal chance to succeed. The public institutions that enroll high numbers of Black students have been hamstrung by limited state funding; the ones that have few Black students have been showered with it. The wealth dynamic of private institutions is no different. A college education is the key to the middle class and necessary for most well-paying jobs, yet access to that education has never been evenly provided. America claims to have the finest colleges in the world, but in the last few years their surfaces have begun to show wear, revealing the structural inequalities that lie beneath — and the excavation has just begun.