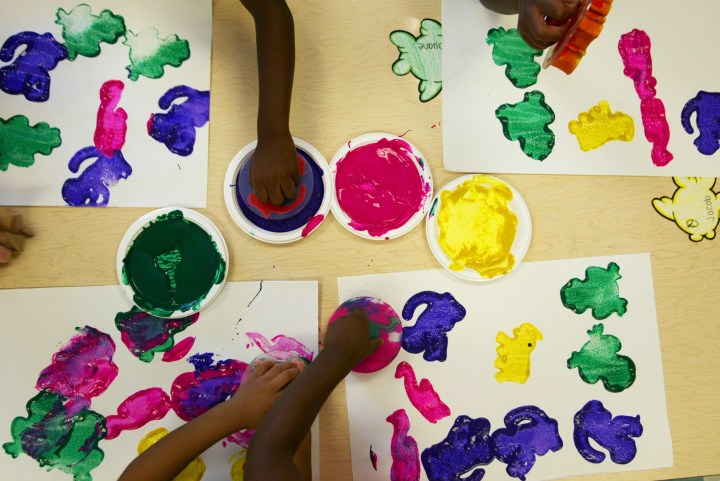 An epidemiologist reflects on her pandemic child care decision

An epidemiologist reflects on her pandemic child care decision

For Whitney Robinson, an associate professor of epidemiology at the University of North Carolina Gillings School of Global Public Health, one of the most difficult decisions of the pandemic was about child care.

“I have a 1-year-old and a 5-year-old, and there was a point in March [2020] where everything seemed to shut down,” Robinson said. “But my day care did not. They decided to stay open.”

Robinson and her husband have jobs they can do from home, but keeping their children at home would have required them to work in shifts. As an epidemiologist in the middle of a pandemic, she did not want to do that.

“I wanted to use the training that I’ve built up over the past 20 years of grad school and being a professor to contribute to this all-hands-on-deck effort,” she said. “I also wanted to make the decision carefully because I was thinking about the health and well-being of the day care workers.”

After taking time to learn as much as she could about COVID-19 and young children and considering the day care’s mitigation efforts and how seriously authorities were working to prevent spread, Robinson decided to keep sending her children to in-person group care.

“But it was the kind of high-stakes decision that I wish I hadn’t had to parse through as an individual,” she said. “I think of all the families out there, and the directors of day cares, and the school directors, and the superintendents, and principals who were having to try to make these huge decisions — and they don’t have a Ph.D. in epidemiology. They were in an environment where there [weren’t] great sources of definitive guidance and support for them.”

In a recent Twitter thread, Robinson wrote in detail about what went into her child care choice and what happened. Except for a two-week quarantine, the day care stayed open and none of the staff became infected.

“I think I made the best decision I could,” she said. “But it was hard and it was stressful, and I wish that burden hadn’t been as much on us as individuals.”