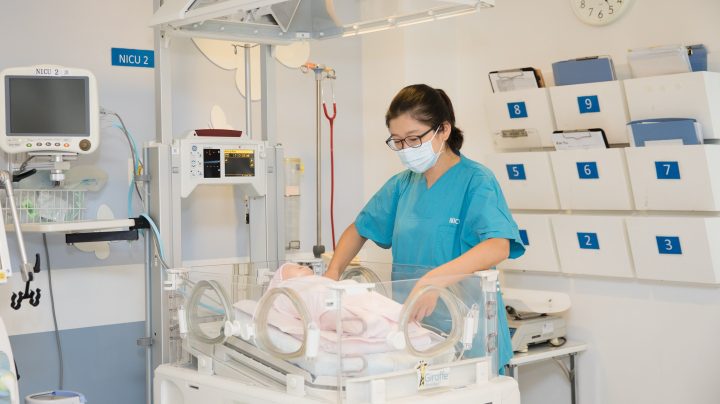 COPY
The United Family hospital in Beijing is a U.S.-China joint venture. Foreign investors can't fully own hospitals in the country. Courtesy of United Family Healthcare

One of the points of tension in the U.S.-China relationship is the trade imbalance. China is very good at selling manufactured goods to the U.S., but the U.S., a services-oriented economy, has trouble selling those services into the Chinese market.

China’s government puts up barriers to foreign firms in favor of domestic ones. Its restrictions on foreign companies have been described as manageable, impossible, and everything in between.

David Livdahl, a retired partner at the Pillsbury law firm, currently resides in Minnesota, but he used to live in Asia. For decades, he tried to open law offices in China, having done so successfully in Japan and South Korea.

“We thought it would happen in China too,” he said. It did not, at least not like elsewhere.

The restrictions make it all but impossible for Livdahl’s Chinese offices to operate fully as true law firms.

“We can hire Chinese lawyers, but they have to give up their license when they join an international law firm. So we can’t do any litigation,” Livdahl said. “A lot of Chinese [government] ministries refuse to let us appear with clients at regulatory meetings.”

At the same time, tax benefits are available to Chinese law firms.

“They work half the time and make more money ’cause their taxes are much lower,” Livdahl said.

Some industries have had more success. Roberta Lipson, CEO of United Family Healthcare New Frontier Health in Beijing, has been working in China since 1982. Her company opened its first hospital in 1997.

“We now have seven hospitals going on nine,” Lipson said. Her firm also has several clinics.

It is only allowed to own a 70% share of those hospitals, but Lipson said that overall, her experience doing business in China has been positive.

“Just yesterday I had a lengthy call with the person responsible for looking at the regulatory structure for foreign investment in health care, asking what our challenges were and what were the barriers to entry,” she said.

It all makes sense if you take a long view, according to Benjamin Shobert, author of “Blaming China: It Might Feel Good but It Won’t Fix America’s Economy.”

“There is a very repeatable life cycle the Chinese government goes through once you start to look at any of these sectors,” he said.

According to Shobert, China’s government will conditionally allow in industries that the country needs or needs to learn from.

“Those industries mature in China, [then] the Chinese government tends to say, ‘OK, we got from that foreign industry what we wanted,’” he said.

Chinese firms gain foreign expertise in such areas as investment, intellectual property and technical know-how, usually through mandatory joint ventures. Then, Shobert said, the government will “start to have a pronounced bias in favor of … domestic companies.”

Different points in the life cycle

Different companies are at different points in that life cycle, Shobert said.

Lipson, for example, has been able to gain traction by offering a high-end service to more affluent families. Her company fills a void in the Chinese market.

Tang Liang, a longtime customer of Lipson’s, returned to Beijing from the U.S. in 1986. At that time, there were no foreign hospitals. She gave birth to her second child at the then-top local public hospital in the Chinese capital, an experience she recalled as “terrible.”

“When I say ‘terrible’ … it is a very emotional word, but I just didn’t feel comfortable when the doctor was not very nice when you are in pain,” she said.

In many public hospitals, wait times for procedures are long, it’s hard to get beds and some doctors take a traditional Chinese approach to medicine while some patients prefer a more modern, or “evidence-based,” approach, Lipson said.

A lot of complaints about Chinese public hospitals center on the level of service, ethics and patient care rather than medical skills. Public hospitals in major cities like Beijing and Shanghai hire the country’s best doctors and attract patients from across China.

“Once we knew there was a joint venture, foreign hospital available,” Tang said, her family started going to Lipson’s United Family hospitals.

The doctor consultation fees at foreign-invested hospitals like Lipson’s can be 10 times more than the cost at Chinese public medical facilities, but the relaxed atmosphere, ability to book appointments with doctors and more attentive care has attracted some affluent Chinese families.

“According to China’s National Health Commission, total health expenditure in 2019 is 6.5 trillion yuan. That is $1 trillion U.S., and it represents 6.6%” of gross domestic product, Chong said.

He said U.S. health care providers, despite Lipson’s success, are a tiny piece of that pie. They are also competing not only against Japanese and European firms but Chinese investors.

Twenty percent of the hospital market is private, he said, “but most of the private hospitals [in mainland China] are local investors, and some of them are from Hong Kong and Taiwan.”

There are other sectors where the Chinese government has seen a need to let in foreign service providers, said James McGregor, chairman for greater China with global consulting firm APCO Worldwide. “Some service companies have had great access. Look at the accounting firms, they have great market share.”

The Chinese government felt it “needed [foreign accounting firms] badly. They needed modern accounting, and they needed accountability for their stock markets,” McGregor continued. Other sectors, like financial services, were opened up only after domestic companies became well established. “Now that its banks and financial services dominate, they’re letting foreigners in.”

A difficult path for some

There are many other industries in which U.S. firms are barely making a dent. Every year, China’s government publishes a so-called negative list that details the sectors of the economy that restrict or prohibit foreign money.

Areas with the most restrictions are media, internet, telecom and transportation. The justification given is national security.

China’s Communist Party has tight control over state media and the internet, and it sees uncensored access to the likes of Facebook and Google as threats to stability.

That’s true of health care, for example, with most hospitals owned by the state.

“To provide those services by [the] private sector, it is not going to happen without changing the whole health care service system,” said Michael Qu, a Shanghai-based lawyer who specializes in foreign investment.

Livdahl, the American lawyer, has watched his domestic Chinese competitors benefit from the obstacles he faced, even poaching his staff.

“We’re kind of like a training ground for the last 20 years for international legal training in China, but it’s really hard to retain good talent with that unfair tax regime and the fact that our Chinese lawyers can’t do any litigation,” he said.

Meanwhile, he said, his competitors thrive within China and overseas.

Access to China does not, of course, guarantee success, and not all failures of U.S. companies in China can be attributed to barriers put up by the Chinese government. Amazon, notably, lost out to Chinese internet giant Alibaba early on, arguably because the company failed to adapt to local tastes and made strategic missteps.

The rules of the road

In some cases, unequal access for service providers goes back to the rules of the road in global trade, according to Scott Kennedy, trustee chair in Chinese business and economics at the Center for Strategic and International Studies.

“There are much clearer rules in trade in goods than there are [in] trade in services,” he said.

When China negotiated its entry into the World Trade Organization, which brings down trading barriers for its members, the U.S. and other countries were thinking more about goods and little about services. Digital services as we know them today, such as mobile payments and cloud computing, were not on the radar.

“The Chinese response was, ‘Well this is what everyone signed up for. This is the deal we all signed. You didn’t tell us we had to provide access to all of these places, and you never raised reciprocity before,’” Kennedy said.

Still, China has been accused of being slow to meet commitments it did make in those early negotiations. According to Kennedy, “A whole raft of obstacles were placed in foreign financial institutions’ way, that gave them a little bit of access but left them quite constrained.”

In recent years, China has been speeding up previously announced reforms in the financial and automotive sectors. Most measures involve lifting ownership caps. However, there are still complaints that the pace is too slow and that other barriers in licensing and approvals have not been addressed.

China argues it is opening its markets. The country has had an official policy to do so called Reform and Opening Up since 1978.

However, foreign investors have argued that by the time the “opening up” occurs in sectors such as automotive and financial services, local companies have already saturated the market and leave little room for overseas companies.

For the time being, opportunities are mixed. “Multinationals that feed into China’s growth machine and do not challenge prioritized Chinese incumbents have huge opportunities to do well in China,” Kennedy wrote in his book “Perfecting China, Inc.” “Others that compete against national champions or seek access to areas the government is not yet ready to open because of domestic weakness will continue to face major challenges.”

Optimists say the way to improve access for U.S. companies is to tone down the hostility between governments.

“Engagement by the U.S. over the last 25 years has managed to improve the situation,” Lipson said.

However, for people like Livdahl in industries with less luck, there are calls for another approach.

“Reciprocity. I would tell the Chinese government, ‘You don’t want to change? We’ll change. We’ll adopt your model.’ If we had kept out [Chinese tech giants] Alibaba, Tencent, and Baidu initially … they either stay out or they come in once the Chinese open up for [U.S.] companies,” Livdahl said.

The Biden administration will have to pick which way to go.