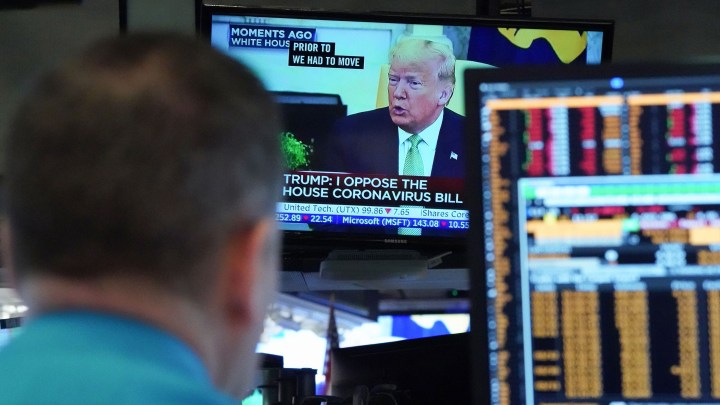 Experts and economists have long tried to find patterns linking presidencies and stock market: who’s better for markets, who’s worse, and even what can markets tell us about elections and presidencies.

It turns out there are some patterns between markets and elections.

There’s data on the stock market and presidencies going all the way back to 1789. And Jurrien Timmer, director of global macro at Fidelity Investments, has dug through it. Here’s how things tend to go: “The first two years of a four-year-term produce below average results for the markets,” he said. Returns of 7%-8% over two years.

“Whereas the last two years produce above average returns [of] about 9%,” he said.

This is on average; it’s not a rule at all. Yale Hirsch, author of the “Stock Trader’s Almanac,” first came up with this presidential election cycle theory in 1968. Investors are still talking about it. Jeffrey Green, a writer and former finance executive, said there’s kind of a folklore as to why the market tends to move this way.

“As the incumbent gets into year three and four, they’re now focused on reflection, so the idea is to pump the economy,” Green said.

And, therefore, the market goes up. Green said this is probably way overinflating the power of a president over the economy. He said the Federal Reserve has a lot more influence than any president.

Tiffany Leherr, a financial adviser with Rodgers & Associates, said she’s not a fan of presidential election cycle theory or other theories that pretend to crack the mystery of the market.

“I wouldn’t plan my strategy for retirement based on any of these theories that are out there,” Leherr said.

Presidential election cycle theory hasn’t held up very well in the past few administrations, and in any case, it’s based on averages over more than a century. And if 2020 has taught us anything, it’s that we have absolutely no idea what’s next.