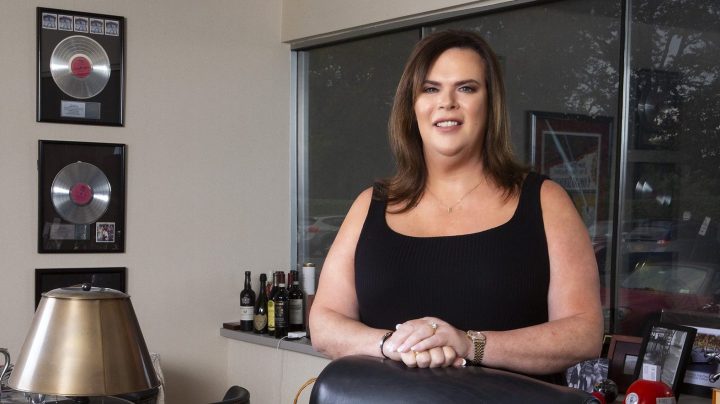 “Marketplace” host Kai Ryssdal spoke with Nowland about her experience and why she’s choosing to speak publicly about it now.

Ryssdal: Do me a favor, and tell me about that email you sent to the whole company back in 2017, about six months, I guess, after you became the CEO.

Nowland: So, I had decided to transition my gender, and took a couple of weeks off to take care of some of the things that were needed to do that. And prior to sending that email, I had let the senior members of our management team know what was going on. But the rest of the team, probably 60 or 70, people received the news first via that email on that Tuesday morning in May.

Ryssdal: So how did it go?

Nowland: It really went beyond my greatest expectations. You know, as you might imagine, something like this is anxiety-producing. Many things about our personal lives we don’t necessarily make public at work, nor do I think a lot of it should be. But how one presents themselves genderwise, there’s really no way to hide that, so you need to address it. And my experience has been, even when people have a particular notion or particular viewpoints on things, something like being a transgendered person, it’s nothing they’ve really had experience with. And when it comes to someone they actually know, I think it forces them to then kind of come to a resolution about this person that they know, versus whatever negative things they may have heard in the past.

Ryssdal: Which gets us to present day as it were, right? Because three years ago, you tell your colleagues. You tell your board, your customers, your clients. And things are, in my understanding, reasonably OK. And then there’s a story in The Wall Street Journal, there’s an interview you do on Fox Business. And for all we know, after this interview, you have gotten some blowback. And I want to talk about how you reacted to that, and then why you’re being so open about some of these developments in your company, as they are affected by your personal life.

Nowland: Yeah, so that’s a great point, Kai. We did get a couple of really kind of negative blowbacks, as you can call them from that. One was a telephone message that I received on my work line, and another was an email that was sent to our team. Somebody had actually taken the trouble to go onto our website and copy down all of the email addresses that we have listed there. So they could send basically what was a hate message out to the entire team. So, you know, you asked how I feel about that? Well, it really doesn’t faze me too much to be candid.

Ryssdal: I imagine — well, I can’t even imagine but one guesses, I suppose you’ve got a lot of motivation for doing this. One of them, I would suppose, is leading from the front, leading by example, showing that you can make this transition in a very public way still be a successful CEO, your company is doing very well I understand. So that’s part of what’s going on here, but I suppose it does have to be pointed out that you’re affluent, you’re in a position of power at work. And so it’s been easier for you than many for whom this transition would have been incredibly difficult.

Nowland: That is so so true. And whenever I talk about this to people in the community, I realize I’ve had an easier time with my transition, because of that privilege you speak of. I like to tell a quick story about how I was changing my driver’s license, changing the gender marker on my driver’s license, and here I was, very professionally dressed, I have a fairly powerful presence about me, and I had to speak to three different people at the Department of Motor Vehicles, because they were doubting the validity of one of the letters from my doctors. And I remember I eventually prevailed, but I remembered when I got in my car, saying to myself, wow, I wonder if I was a transgendered person of color, say, I don’t know, 22 or 23 years old, what that outcome would have been, they probably would have gotten in that car without that license being changed.