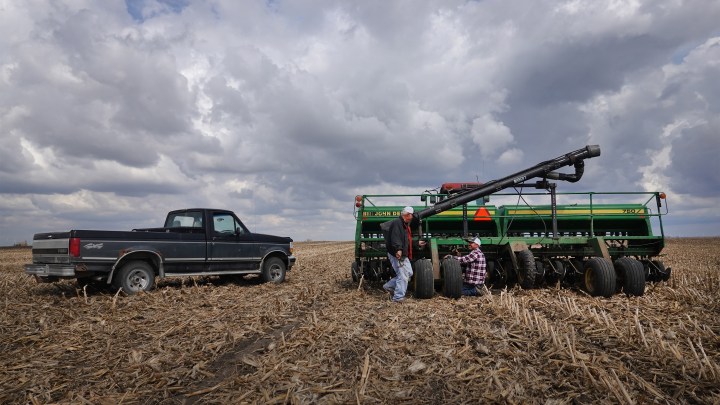 Farmers felt a lot better about farming in August than they did in June and July, according to the Ag Economy Barometer, put together by Purdue University and CME Group. It was up 26 points to 144, which means they felt a lot better.

Farmers have suffered this year: Restaurants stopped buying for a while, meat packing plants shut down, crop prices fell — and then there were the natural disasters.

“The last several months have been super tense,” said Dale Moore, executive vice president of the American Farm Bureau Federation. Now, farmers are a little more positive. “[That] doesn’t mean they’re jumping up and down and shooting off fireworks, but I can see some sunshine on this.”

Ray of sunshine No. 1 is trade, according to Michael Langemeier, professor of agricultural economics at Purdue.

Ray of sunshine No. 2: prices

Corn prices rose in August, in part because poor growing conditions limited supply, benefiting farmers in the Midwest. But as the economy improved, crop prices have been good to farmers elsewhere, too, including in California, which produces more crops in dollar terms than any other state.

Government payments to farmers have been critical, and Sumner said the economic downturn pushed some unemployed workers into agriculture, so labor shortages weren’t as bad as some farmers feared. Of course, all of the momentum farmers may be feeling now could evaporate if COVID-19 surges again in the fall or winter.