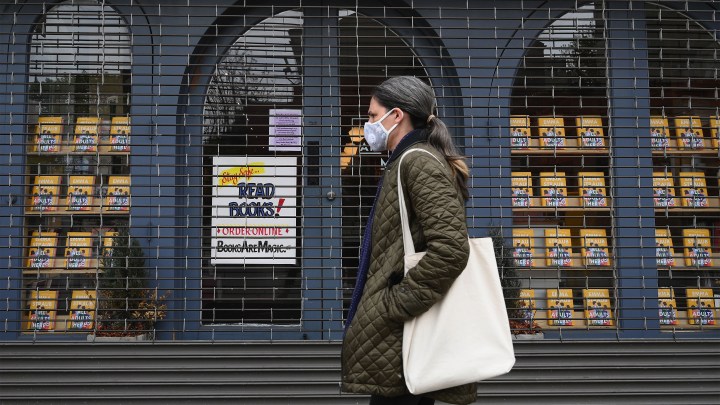 It was a dream 10 years in the making for Melissa Faliveno, who just published her first book of essays, “Tomboyland,” this month. But, in the end, none of it happened. Or it did, just not in the way she’d imagined.

The Brooklyn launch was online. The Madison one was, too. Instead of getting to hug all her family and friends and read in front of a crowd, she got to wave at them over the internet and read their questions in the little chat window on Zoom.

“It’s been super surreal,” said Faliveno, who grew up in Wisconsin and lives in New York. “It would have been surreal in any case, but it definitely has been strange.”

For all the strangeness, there are some upsides to publishing during a pandemic. People are largely staying home, and looking for ways to escape. Book sales are up about 5% over this time last year according to NPD Books. And with everything virtual, book launches, readings and other author events are more accessible than ever.

“Now there isn’t the restriction of being in a certain city at a certain time,” said Beth Parker, Faliveno’s publicist. “I know some authors are doing events across the globe. When COVID first hit, I did an event where one of my authors was interviewed — she was in London, the person who was interviewing her was in Taiwan, and the bookstore was in New York City. And it was a virtual event, and we could never have done this if it had just been a normal book tour.”

But the challenge, especially for little-known, first-time authors, is that virtual events often don’t translate into book sales quite the same way in person events do.

“The toughest thing has been trying to figure out how to monetize these events,” said Jeff Martin, president and co-founder of Magic City Books in Tulsa, Oklahoma. “We get great attendance, but they’re mostly free events. And whereas before we’d have lots of book sales for some of these, that model has not quite solidified yet.”

Many bookstores have experimented with selling tickets to some of their online author events, but Magic City Books has only had success doing that with big name authors, like Colson Whitehead, John Grisham or John Waters.

“It seems like you really need to have those top-tier people to be able to do that,” Martin said. “We’re still trying to figure that out in terms of younger debut authors, or someone who might not have the same name recognition as kind of these ‘celebrity authors.’”

Even more challenging for first-time authors than the move to virtual events is the fact that so many bookstores have been closed, or open just for limited browsing.

“That creates a very challenging environment for debut authors and for publishers who publish them,” said Kristen McLean, an industry analyst with NPD Books. “It’s much harder to get attention and get in front of people from a discovery point of view when the only place they’re looking at books is online or in a mass market retailer when they happen to be there to pick up their essentials.”

Independent bookstores have long played a key role in raising the profile of first-time authors — and driving sales. Staff recommendations can go a long way toward getting customers to pick up a book by an author they’ve never heard of.

Since March, bookstores and publishers have been trying to figure out other ways to recreate some of that effect — one that seems to work well is virtual author events that pair a debut writer with a well-known one.

“Nothing is more important in terms of getting people turned on to a book than a heartfelt in-person or personal recommendation, and having an author you love say, ‘you’re going to love this author’s work too,’ that can sell more books almost than anything,” Martin said. “So having these authors in conversation really does make a difference in terms of sales and helping people reach new audiences.”

Raven Leilani is doing a lot of those kinds of events to promote her first novel, “Luster,” which came out this month — three or four a week for the foreseeable future. All from the comfort of her bed, where she also does most of her writing.

“I’ve gotten to talk to a lot of writers I admire, and it feels intimate in a different way,” she said. “You can see in the chat, like 80 people are there, 100 people are there. But ultimately, it does feel like a kind of a really intimate chat with the person that you’re doing the event with. And I think that facilitates a different kind of candor than I might have in a room full of people.”

She’s also had a number of people reach out to her after events to tell her they’re buying the book, she said, “which is really, really cool.”

For Christina Hammonds Reed, whose first young adult novel, “The Black Kids,” is also out this month, trying to promote her book during the pandemic has felt like “this weird combination of old school and new school methods,” she said. “Because you’re hoping that readership builds with people reading it, which I feel like is very analog. But also engaging on the internet and hoping that that reaches your readership.”

She feels lucky that her prospective readers — teenagers 14 and up — were already used to living so much of their lives online.

“You have so many young people who are used to having access to authors or celebrities or whomever in that way. They’ve grown up engaging with people online in significant ways,” she said. “I feel like it’s definitely got to be easier than reaching adults.”

Like Hammonds Reed, Melissa Faliveno has been taking a part analog part digital approach to promoting her book — engaging a lot on social media, and working closely with two independent bookstores to sell signed copies.

“The plan was aim small,” she said. “I’ve been sending folks to both of those bookstores to buy the books that way. And I think it’s been pretty fruitful.”

More than half of the 70 or so people who attended her virtual Brooklyn launch event bought books, according to Parker, her publicist, which is about what they would have hoped for even with an in-person launch. But that’s rare.

And the event itself?

“It was actually kind of great,” Faliveno said. “In Zoom, there’s the chat function, so everybody is sending little notes the whole time, which was just really exciting to see, and the conversation went great, and I felt really good. When we logged off, I was like, ‘interesting. It feels like I just had a party.’ But then I was just in my living room with my partner, and we’re like, ‘okay, well, let’s drink some champagne!’”