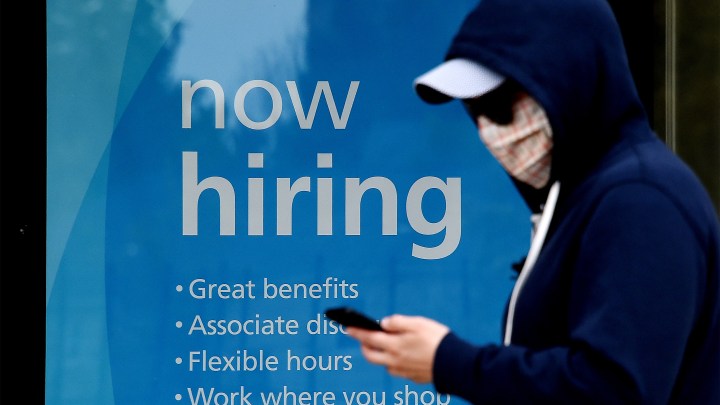 The United States added 1.8 million jobs in July, a pullback from the gains of May and June and evidence that the resurgent coronavirus is stalling hiring and slowing an economic rebound. With confirmed viral cases still elevated in much of the nation and businesses under continued pressure, many employers appear reluctant or unable to hire.

Even counting the hiring of the past three months, the economy has now recovered only about 42% of the 22 million jobs it lost to the pandemic-induced recession, according to the Labor Department’s jobs report released Friday.

For some people, unemployment is starting to stretch out over many months because of the pandemic. So how does long-term unemployment affect people’s ability to eventually return to the workplace?

People who are out of work for two, three, maybe even four months — employers get that. But longer than that, said economist and dean of Dartmouth’s Tuck School of Business Matthew Slaughter, “your skills depreciate a bit, the longer that you’re not in a job.”

And traditionally, employers have a lot of questions for prospective employees if there’s a big gap in their work history. But Slaughter said workers can build new skills to boost their earning potential.

“What becomes more important is, what’s the story that you can tell when — fingers crossed — you do have those interviews?” he said.

“It won’t be looked at as negatively now as potentially it has been in the past,” she said.

But in this moment, many of her clients are concerned about having to take a pay cut if they do get work because the job market is so competitive.