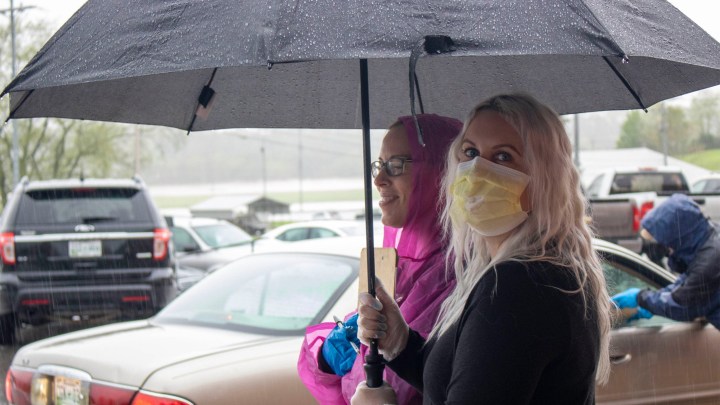 Many teachers across the country are understandably worried about returning to the classroom this fall. In some regions where COVID-19 cases have been surging, the fall semester will begin soon.

Many districts in Tennessee begin the week of August 3. And some teachers there are deciding to quit their jobs instead of risk their health.

This summer, Jake Wilson of Hendersonville, Tennessee, read everything he intended to assign his eighth-grade English class, including Shakespeare’s “A Midsummer Night’s Dream.”

Then Sumner County Schools, a district just north of Nashville, decided that teachers and students would not have to wear face masks. Wilson and his wife started thinking the district wasn’t taking the pandemic seriously enough. They have a 2½-year-old with asthma who they believe may be more at risk of complications from COVID-19.

So just two weeks before school started, Wilson left his teaching career to be a stay-at-home dad.

As he was cleaning out his classroom at Ellis Middle School, he said, several colleagues told him they shared his fears but didn’t feel they could quit.

While kids have tended to fare much better with COVID-19, the adults in schools have cause for concern, according to research by the Kaiser Family Foundation.

“What often gets missed is, what about the teachers?” said Kaiser Family Foundation Senior Vice President Jennifer Kates.

Her team’s analysis found that roughly 1.5 million U.S. teachers, which is 1 in 4, have underlying conditions that put them at greater risk of serious illness or death from the virus.

Political leaders and even medical professionals have been primarily focused on what’s best for children, which might be a return to in-person schooling. Kates, who has a kindergartner, said heading back to class would be good for her family too.

“As much as I would like my kid to be back in school, I am quite concerned about what it might mean for teachers,” she said.

There are more dramatic calls to put off in-person classes until COVID-19 is under control.

In Nashville, a few dozen teachers in their minivans drove through town in a mock funeral procession. Some educators are writing living wills before going back to class. Teachers from Oregon to Florida, in coordination with their unions, are demanding 14 days without any new cases before resuming in-person instruction.

Rural Marshall County, Tennessee, is a long way from that benchmark. So first-grade teacher Kristen Morjal said she’s still not sure she’ll return to the classroom the first week of August, as scheduled.

“I have no desire to leave the profession,” she said. “I’m not looking to quit. It’s something I’ve put my heart and soul into for 10 years, and I plan to do it until retirement. But I am looking at a short-term leave to protect my health and the health of my family.”

It’s not exactly an economy where anyone would want to give up a steady job. But that could change once teachers get back in front of students. It did for Amanda Strawn of Franklin, Tennessee.

She’s a pre-K teaching assistant in a suburb to the south of Nashville who returned to work in May. Then her classroom got its first suspected case of COVID-19 at the end of June. The student showed up with a fever and was sent home. But it took two weeks for test results to come back — all while the student’s siblings kept attending.

In this case, the district’s nursing coordinator, Amy Fisher, said she would have done more contact tracing, but the contagious period had already passed. The school did send a letter home to the infected student’s classmates, though not in the siblings’ classes.

Principals in the FSSD have been given leeway to modify the duties of teachers who are concerned about their health, Fisher said. “They’re doing all we’re able to for those folks,” she said. “But we are committed to educating everybody on protocols so we can provide the safest environment possible. I can tell you we will be doing everything we can.”

But in Strawn’s view, the letter downplayed the risks. So she took a day off, then decided to give up her job. She said having policies meant to protect students and teachers is one thing. But following them will be the hard part.

“We as a society are not going to get through this pandemic if we’re not honest with each other,” Strawn said. “We’re just not.”