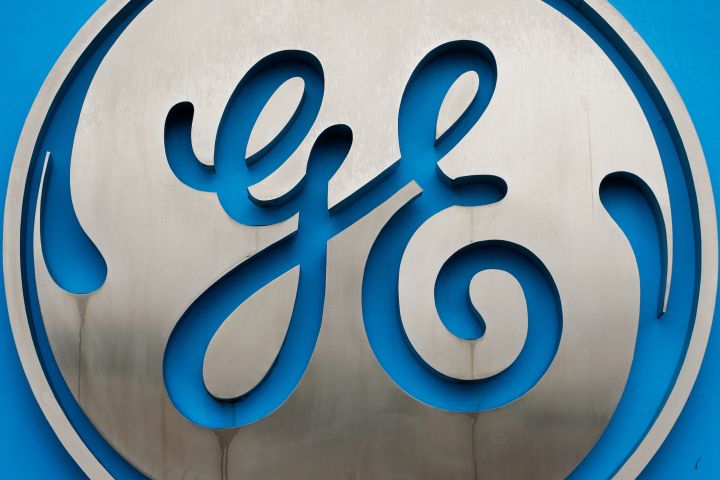 COPY
The logo at the entrance of GE's aviation engine overhaul facility in Brazil in 2016. Yasuyoshi Chiba/Getty Images
Shelf Life

The logo at the entrance of GE's aviation engine overhaul facility in Brazil in 2016. Yasuyoshi Chiba/Getty Images
Listen Now

General Electric entered the 21st century as the most valuable company in the country. Today, the conglomerate is no longer listed on the Dow Jones Industrial Average, and has gotten out of most of its consumer-facing businesses like light bulbs, oil and gas, and appliances. The following is an excerpt from “LIGHTS OUT: Pride, Delusion, and the Fall of General Electric” by Thomas Gryta and Ted Mann. You can listen to Gryta’s interview with Marketplace host Kai Ryssdal by clicking the media player above.

In the years to come, Immelt, Bornstein, Bolze, and some board members who backed the Alstom deal would view its failure as a function of poor timing. They’d say that no one could have foreseen how quickly the world would swing from believing in a steady upward trajectory for natural gas–fueled electric power to focusing instead on renewables and battery storage. They’d point fingers, mostly in private, at one another: the Power business had been mismanaged in other ways; corporate hadn’t moved quickly enough on synergies; by the time the companies finally managed to get the deal through Brussels in the fall of 2015, the shell of a company they had tried to buy in the spring of 2014 had dried up into a carcass.

But more than anything, they rejected the criticism that had finally begun to leak out into journalists’ accounts and the public domain. If anyone had thought this deal was a dog, he or she should have said something, Immelt felt. Bornstein too would insist that the deal had undergone stringent review, and that any GE officer who had objected to it had been duty-bound to speak up. No one had.

That silence was belied by Jeff Immelt’s 2015 message to senior staff at corporate and GE Power reminding them that they had all voted to proceed with the transaction, and that Bolze and the Power leadership in particular had signed up to achieve its lofty goals. “It was a love-it-or- leave-it email,” one former GE Power executive said. “It [the deal] was to be his legacy.”

But the absence of robust opposition also pointed to the broader problem, long cultivated and growing into a quiet crisis within the company, of real candor and self-awareness. For all its vaunted levels of management and procedures of accountability, when it had come time for lower levels of management to stand up to the ultimate boss, Immelt, and tell him that his legacy play wasn’t going to work — and in fact, had been a clumsy mistake all along — no one was willing to do so.

For good reason, said Adam Smith (the pseudonym we’ve given this deals team member to protect his identity). Were they breaking any laws? No. Were they doing something unethical, like putting out a jet engine with a flawed part? Certainly not. So what good would it do to submarine one’s career at the company by throwing a wrench into the works of a deal that was precious to the current CEO, and potentially to the man who would succeed him, in full knowledge that the leaders would press ahead anyhow? Having registered his doubts with peers and his superiors — GE was overpaying, and the strategy looked all wrong — Smith ultimately went no further.

In the end, this was GE. How bad could it really be? Mistakes, even big ones, were always absorbed by its size. No one thought it was possible for the bad deals, mistimed decisions, and misallocated spending to pile up high enough to overcome the other successes and strengths of the company. GE was simply too big to be undone by a single bad deal.

The end came on Thursday, September 8, 2015, fully seventy-one weeks since the companies had first agreed on their terms: the European Commission agreed to let General Electric buy the power assets of Alstom SA. The US Justice Department issued its own blessing as well, though, like the EC, it insisted on concessions.

GE agreed to divest PSM, the Florida-based parts and service supplier to Ansaldo, the Italian competitor, preserving competition for power plant owners in the United States, but costing GE a unit that its advisers had thought could be a profit center. In Europe, bowing to Margrethe Vestager’s demand that it keep Alstom’s turbine program in European hands, GE turned that technology over to Ansaldo as well—virtually ensuring that its technology would eventually reach Shanghai Electric.

For Smith and the deals team, there was one final adjustment to make as the paperwork was finalized on Immelt’s transformative deal. The executives tacked on a last-minute adjustment in the purchase price that swung hundreds of millions in Alstom’s favor. The French company had an outstanding bill to pay: that massive fine for foreign corruption it had promised to the US government, which had been waiting on its payment pending the closure of the GE deal. All the companies and government lawyers involved had insisted that Alstom pay on its own for the bribery fines, rather than rely on its new American parent to cover the cost.

The price tweak, framed internally as a “brand value adjustment,” quietly took care of the problem.

General Electric used to be a Marketplace underwriter, and their logo was embedded in Marketplace’s old theme music. You can hear that audio here: 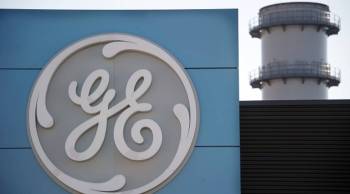