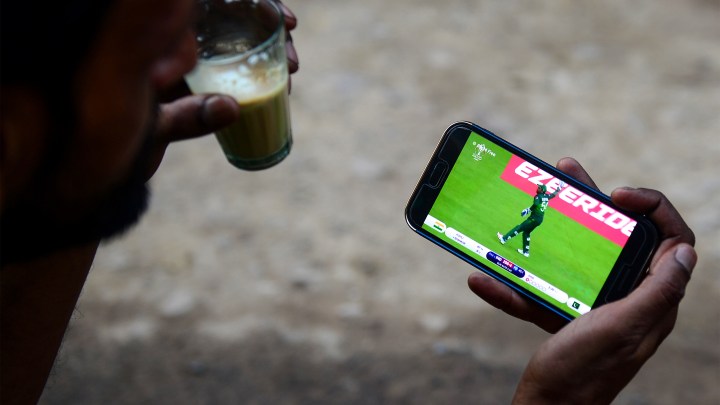 COPY
The key feature for services like YouTube TV and FuboTV is live sports. Sanjay Kanojia/AFP via Getty Images

The key feature for services like YouTube TV and FuboTV is live sports. Sanjay Kanojia/AFP via Getty Images
Listen Now

The cost of cord-cutting is going up. This week, YouTube TV — Google’s live alternative to cable — tacked on another $15 to its monthly bill making for a total of $65.

It’s now almost double what it cost when it first launched a few years ago. Another virtual TV service, FuboTV, is raising prices, too — by $10 a month, also to $65.

Viewers will be getting more to watch. YouTube and Fubo make licensing deals with channels to share their shows. For example, YouTube recently bought broadcast rights to Comedy Central from Viacom CBS.

But Viacom CBS sold this as part of a bundle. You want Comedy Central? You have to buy the Smithsonian Channel and Paramount TV.

“When YouTube wants to expand their coverage, then they have to go to these content producers who sell things in bundles, and so their costs go up,” said P.K. Kannan, who researches digital marketing at the University of Maryland.

And as YouTube’s costs go up, so do the viewer’s.

“We’re expecting them to consistently increase prices for the foreseeable future,” said Eric Haggstrom, a forecasting analyst at eMarketer. “Largely because they’ve been pricing below costs to try and attract subscribers away from traditional cable and satellite TV.”

Ironically, YouTube TV is facing the same problem as cable TV, the industry it was trying to disrupt. What started out as slim, cheap packages are now bigger and more expensive — although cheaper than a lot of cable. Will people now pay more for extra channels they may not want?

Haggstrom said, at the end of the day, it comes down to live sports.

“I think right now we’re in a bit of a weird spot simply because there are no sports on TV,” he said. “And these services really — their key feature is that they offer access to live sports.”