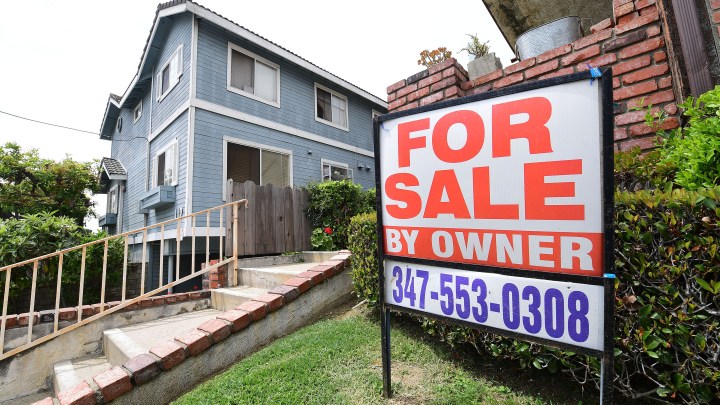 COPY
The number of homes for sale is down 17% from this time last year. Frederic J. Brown/AFP via Getty Images
COVID-19

The number of homes for sale is down 17% from this time last year. Frederic J. Brown/AFP via Getty Images
Listen Now

U.S. home sales dropped to their slowest pace in nearly 10 years in May. The National Association of Realtors reported sales of existing homes fell 9.7%, to a seasonally adjusted annualized rate of 3.91 million units.

With mortgage interest rates staggeringly low, plenty of people still want to buy homes right now. Zillow economist Skylar Olsen sees it in data on deals that are in the works.

“Pending sales hit their absolute bottom relative to last year in mid-April, and since then have now risen to become almost 14% higher than this time last year,” Olsen said.

But the number of homes for sale is down 17% from this time last year, and that’s propping up prices. The supply of new homes is also tight. The pandemic has slowed building.

Ali Wolf, chief economist with Meyers Research, said that in a survey of builders, more than half said they’d raised prices in the past week.

“Why would they slash their prices right now? They have no reason to,” Wolf said.

That could change, though, when emergency unemployment benefits and other relief programs expire.

The National Association of Realtors found that almost half of homeowners have considered selling because they can’t afford their mortgage payments.