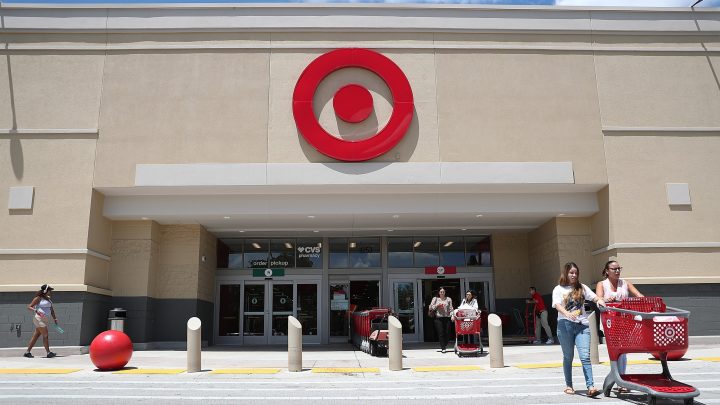 A view of a Target store in Pembroke Pines, Florida. Joe Raedle/Getty Images

A view of a Target store in Pembroke Pines, Florida. Joe Raedle/Getty Images

Target has announced it’s permanently raising its minimum wage from $13 to $15 an hour starting July 5 and giving hourly workers a one-time $200 bonus. Since the COVID-19 crisis began, the retailer has been giving all employees an extra $2 an hour in hazard pay on a temporary basis.

Target has steadily increased wages over the past three years, raising its hourly minimum to $11 in 2017 and $13 last year. In 2017, the company also stated it aimed to raise the minimum wage to $15 by the end of 2020, which puts the retailer several months ahead of its goal.

A Target spokesperson told Marketplace back then that the increase to $11 was aimed at retaining its team members and recruiting additional employees. The new minimum wage puts the company in line with Amazon and Costco, which both provide a minimum wage of $15, and ahead of Walmart, which pays a minimum wage of $11 an hour.

“Workers are going to be looking around for jobs. And if they can get a job at Target over Walmart, they’re going to choose to do so,” said Erin Hatton, an associate professor at the University of Buffalo who researches the sociology of work.

Daniel Zhao, a senior economist with Glassdoor, said that prior to the crisis, a lot of retailers and larger companies had raised their minimum wages to compete in a very tight labor market. This move reveals how Target sees the economic conditions ahead.

“Companies don’t change their pay scales on a whim. It’s definitely been a well-thought-out, thoroughly debated decision,” Zhao said. “If they expect spending to tick back up, and the recovery to continue, then trying to attract workers now is a good forward-looking move in order to get ahead of the competition once the economy fully reopens.”

During the crisis, retailers have been hit with backlash for paying frontline workers — many of them Black and Latino — hazard pay for only a limited time. As the economy began to reopen, companies like Amazon and Kroger have scaled back this compensation, despite the continued spread of the pandemic.

Hatton said she thinks Target’s decision to raise wages ahead of the initial deadline may be a way of generating good publicity for the company.

“I suspect they’ve done so to capitalize on this current moment of crisis — both from the coronavirus, and the economic crisis that has kind of brought on, as well as the very real and important protests around the Black Lives Matter movement,” Hatton said.

Although some states set their own minimum wages, the federal hourly minimum wage currently stands at $7.25 and hasn’t budged in more than a decade.

Political movements like the Fight for $15 are pushing for a federal increase, while Democrats have supported the $15 minimum wage through measures like the Raise the Wage Act. The Economic Policy Institute has outlined several points about this specific amount, stating that by 2024, a single adult without children will need $15 an hour in full-time income to “achieve a modest but adequate standard of living.”

“On the one hand, we shouldn’t leave it up to the beneficence of corporations to raise the minimum wage,” Hatton said. “But it is positive to see such a large and pretty important corporation and service provider in the U.S. try to take the lead.”

“Some companies just fundamentally will not have the cash in order to support an increase in wages,” he noted. “On the other hand, you might have larger companies who have more cash reserves and more cash flow to actually make this move and try to beat out their competition.”

While Target is moving in the right direction, Hatton said, workers not only need decent, sustainable wages, they also need to be “protected from undue danger and exposure.”