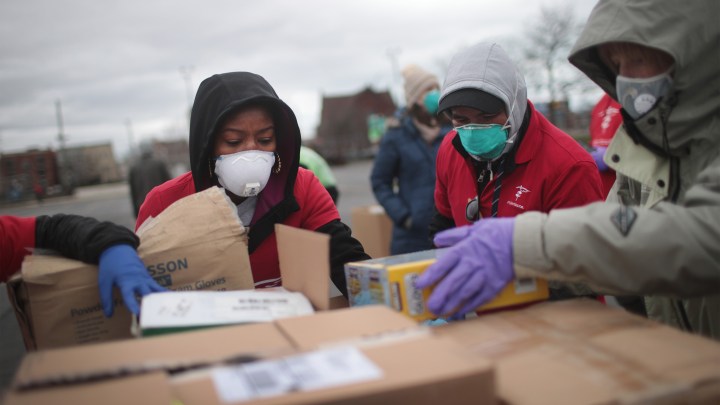 COPY
Staff and volunteers hold a drive for personal protective equipment to donate to hospitals in Chicago, where 70% of people who have died from COVID-19 are African American. Scott Olson/Getty Images
COVID-19

Staff and volunteers hold a drive for personal protective equipment to donate to hospitals in Chicago, where 70% of people who have died from COVID-19 are African American. Scott Olson/Getty Images
Listen Now

The COVID-19 data coming out of cities and states paint a bleak picture for black and latino residents. In Chicago, a city that’s 30% black, around 70% of people who have died from COVID-19 are African American. In Milwaukee County, it’s 81% of the deaths. Philadelphia and Detroit have similar statistics.

Experts say there are many reasons for this, such as the greater prevalence of preexisting health conditions and bias in the health care system. Also, many front-line staff, who have to show up at work in person every day, are disproportionately black and Latino.

“Who do I see out there, working? Black and brown people,” said Dr. Stephen B. Thomas, director of the Maryland Center for Health Equity. “If they stay home, they don’t eat.”

Historically, African Americans are in lower-paying jobs and have higher unemployment rates.

“If you are someone who still is employed, you really do want to show up for work because you are likely to have people in your household who are now unemployed,” said professor Trevon Logan, who teaches economics at Ohio State University.

At the center of the pandemic, in New York City, front-line jobs like public transportation, postal services and health care have mostly black and Latino workers.

“We have to get the equipment to the staff on the front lines. And not just the nurses, but the environmental services workers, the food employees.”

And it’s also essential to get protection for people working outside hospitals.

Experts say it’s time to bring race into this conversation. Lewis of Cornell asks if not now, “when is the time? In the education space, in the health space, these patterns have persisted for a very long time. Later never comes. We’re talking about some fundamental issues in terms of how our society is ordered and structured.”

Many are calling for more cities and states to release race-related data.

“Whenever you are at war, the more information you have about the specific groups of people who are being most affected, the better able you are to combat the spread of the virus,” said professor Ibram X. Kendi, the founding director of The Antiracist Research & Policy Center at American University in Washington, D.C.

He said there’s a practical aspect to this: It would help combat the virus “in real time. You can start to figure out why it is that certain groups are being killed more often, and you can in real time put in policy that can eliminate that disparity.”

“It seems as if the current messaging is directed at people who have the capacity and the ability to stay home and work from home,” he said. “And those people, according to studies, are more likely to be white and to be wealthy. Studies are beginning to show those people are less likely to be infected and less likely to be dying. And so essentially right now we have messaging towards the people who are potentially being harmed at a lesser rate. We need to flip that around.”

Take something as simple, said Kendi, as telling people to cover their face in public.

“I know, me personally, as a black male, when I go outside and cover my face, it’s always something that is concerning. Particularly when I walk by police officers. I don’t know how they are going to read me. Are they going to read me in the same way as that white woman who just walked by and is also covering her face?”

“It’s coming back to bite us now. But if we embrace it, we acknowledge it, we can manage to truly be in this all together.”

COVID-19 is not the great equalizer, he said. But it could finally get us to address inequality. 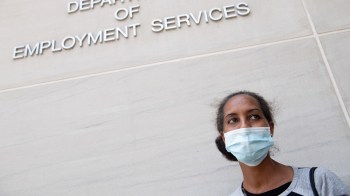 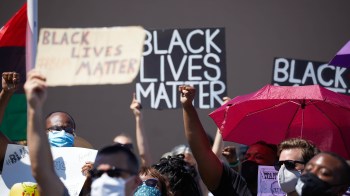