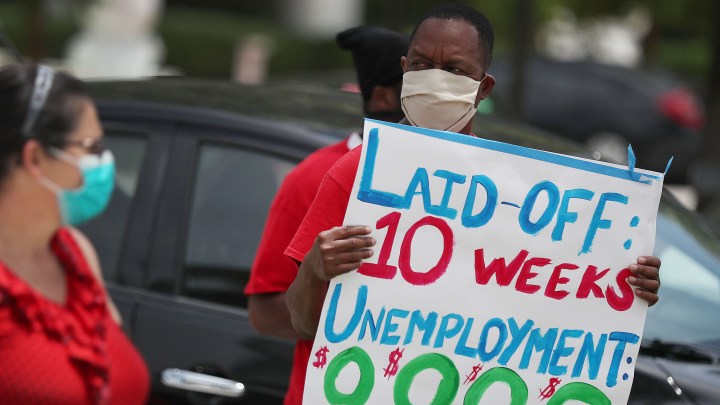 At a time when forecasters were thinking the unemployment rate would continue to soar — to nearly 20% — the data for May actually show a slight improvement. Unemployment is down to 13.3%, which is terrible compared to pre-pandemic numbers, but still better than the month prior.

Earlier this week, the Department of Labor broke down which cities had been hit the hardest with job losses through April. Two cities in Hawaii, followed by Las Vegas and Atlantic City, topped the list for the highest rates of unemployment in the country.

“These are areas that depend significantly on tourism, travel, people coming to conventions, and that’s all stopped, and they got hit hard early on,” said Mark Zandi with Moody’s Analytics.

Zandi says that while many areas of the country have started to reopen, tourism and business travel will likely remain depressed as long as worries about the coronavirus persist.

Several midwestern cities with strong ties to manufacturing also ranked high for unemployment, but could improve faster should business return to normal quickly.

Jed Kolko, chief economist with the job search site Indeed, says that in recent weeks, he’s seen a drop in job postings in places other than just tourism spots.

“Rather, they’re some of the big tech and finance hubs across the U.S.,” Kolko said. “Ironically some of the places where it’s easier to work from home.”

He says the slowdown in those sectors may be less about the current shutdowns and more about uncertainty over the future health of the economy.